9 months of the full-scale war: Ukrainians are unbreakable 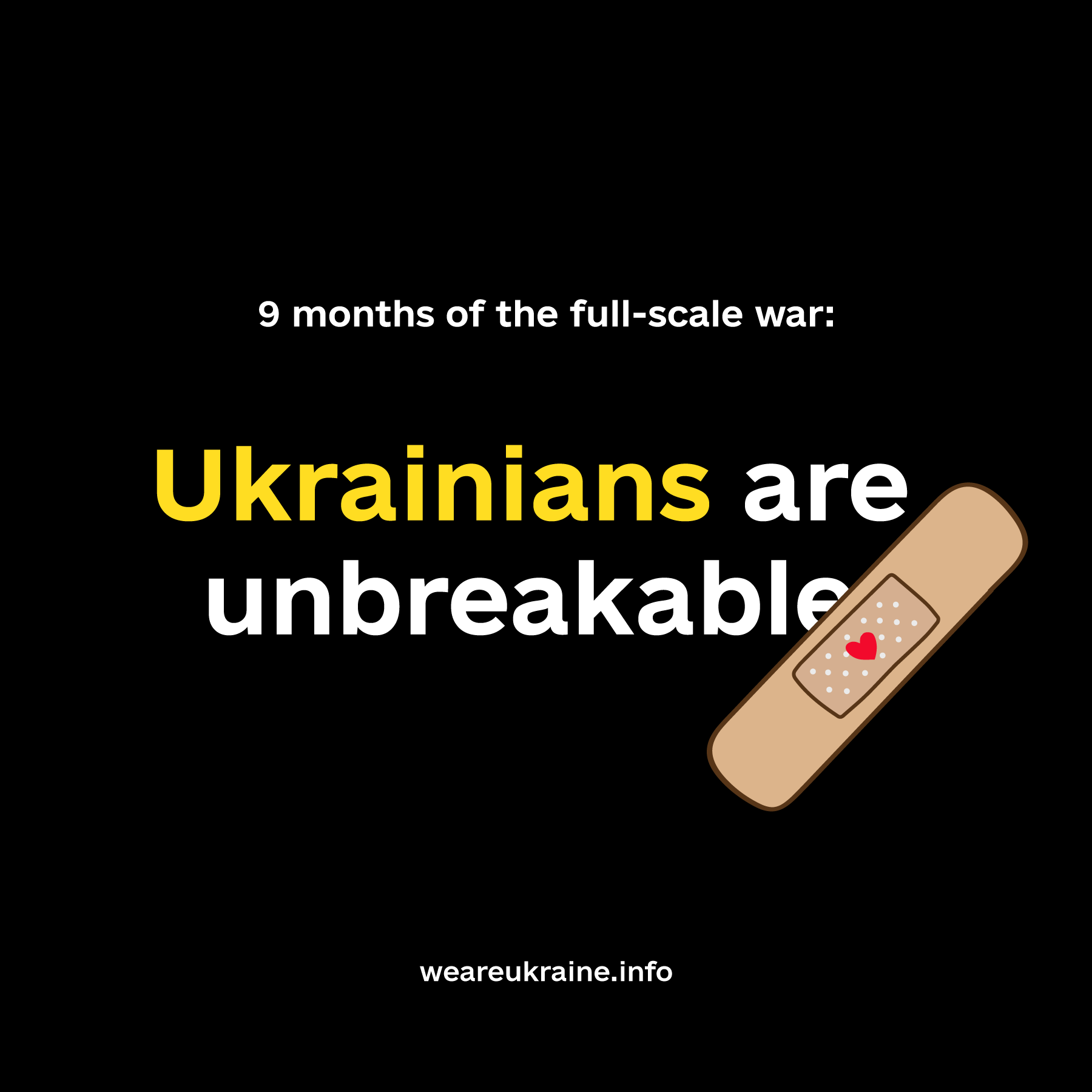 Nine months ago, on February 24, 2022, Russia brutally began its full-scale invasion of Ukraine.

Russia has constantly terrorizing Ukrainians during this period. Agressor has not only ruining cities and bombing civilian areas, but attacking critical infrastructure, destroying all important communications during the winter time: electricity, water and heat supply.

The Russians seeks to break the spirit of Ukrainians. But Ukrainians are unbreakable. Ukrainians would prefer not to have heating or running water, but to live without Russians.

“The Russian occupiers still haven’t understood that they have only today. And we definitely have tomorrow.” — President of Ukraine said.