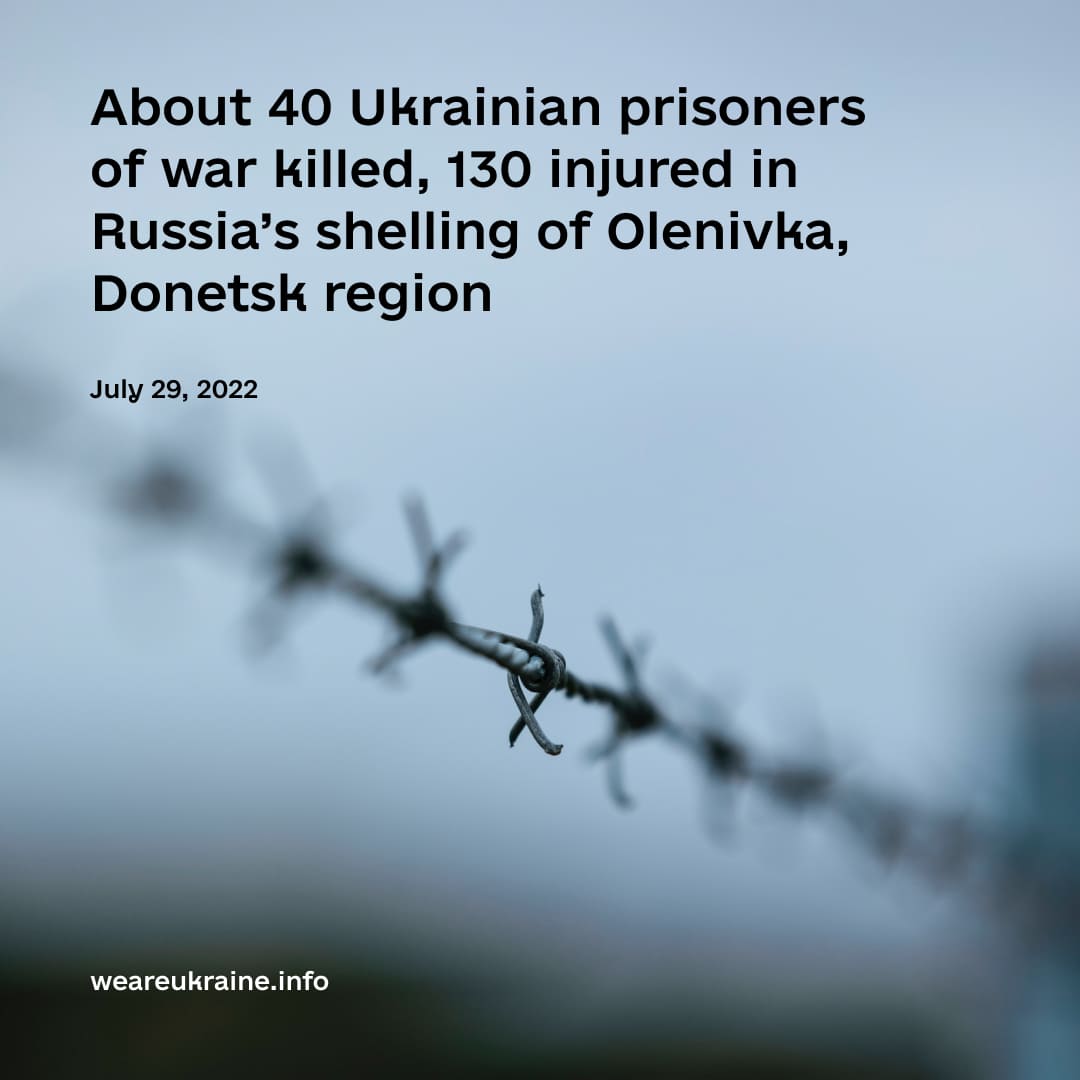 About 40 Ukrainian prisoners have been killed and 130 injured in Russia’s shelling of Olenivka, Donetsk region, the Ukrainian Prosecutor General’s Office reports on Telegram.

The Ukrainian Prosecutor General’s Office has launched a pre-trial investigation into the violation of laws and customs of war, the report states. In this facility, Russian invaders unlawfully keep civilians and Ukrainian prisoners of war.

According to the data of the General Staff of the Armed Forces of Ukraine, Russian troops deliberately launched an artillery strike on a correctional facility in Olenivka where Ukrainian prisoners of war were kept. The General Staff stressed that the Kremlin’s claims about the Armed Forces of Ukraine allegedly opening fire on civilians and civilian infrastructure are a blatant lie and provocation.