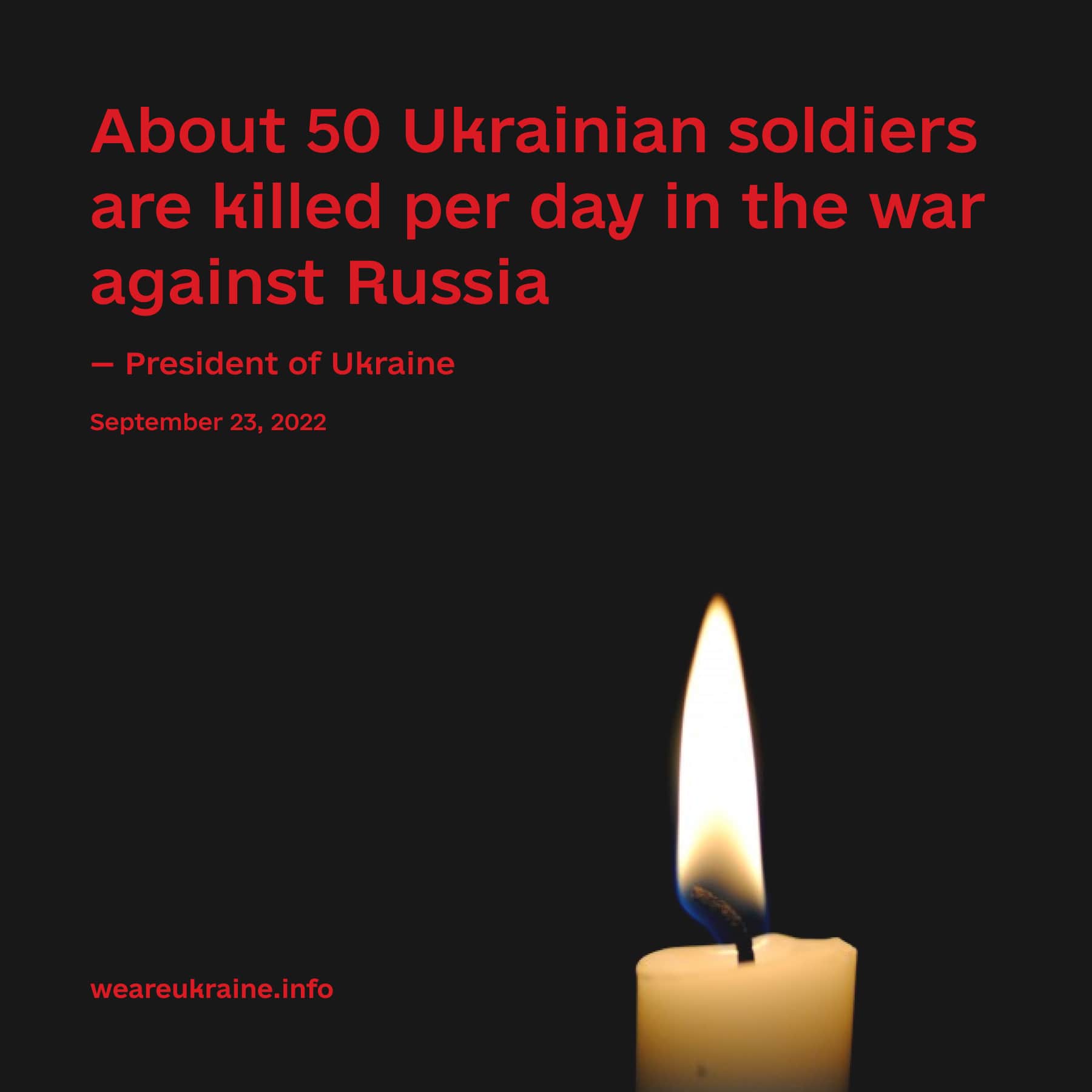 President of Ukraine Volodymyr Zelenskyy reported on the daily losses of the Armed Forces of Ukraine in the war against Russia during the interview with Ouest-France.

“We have estimates of losses per day — they are not accurate. This is about 50 people per day. But these are not exact numbers. In general, five times fewer Ukrainian soldiers died in the war than Russian ones,” Ukraine’s President noted.