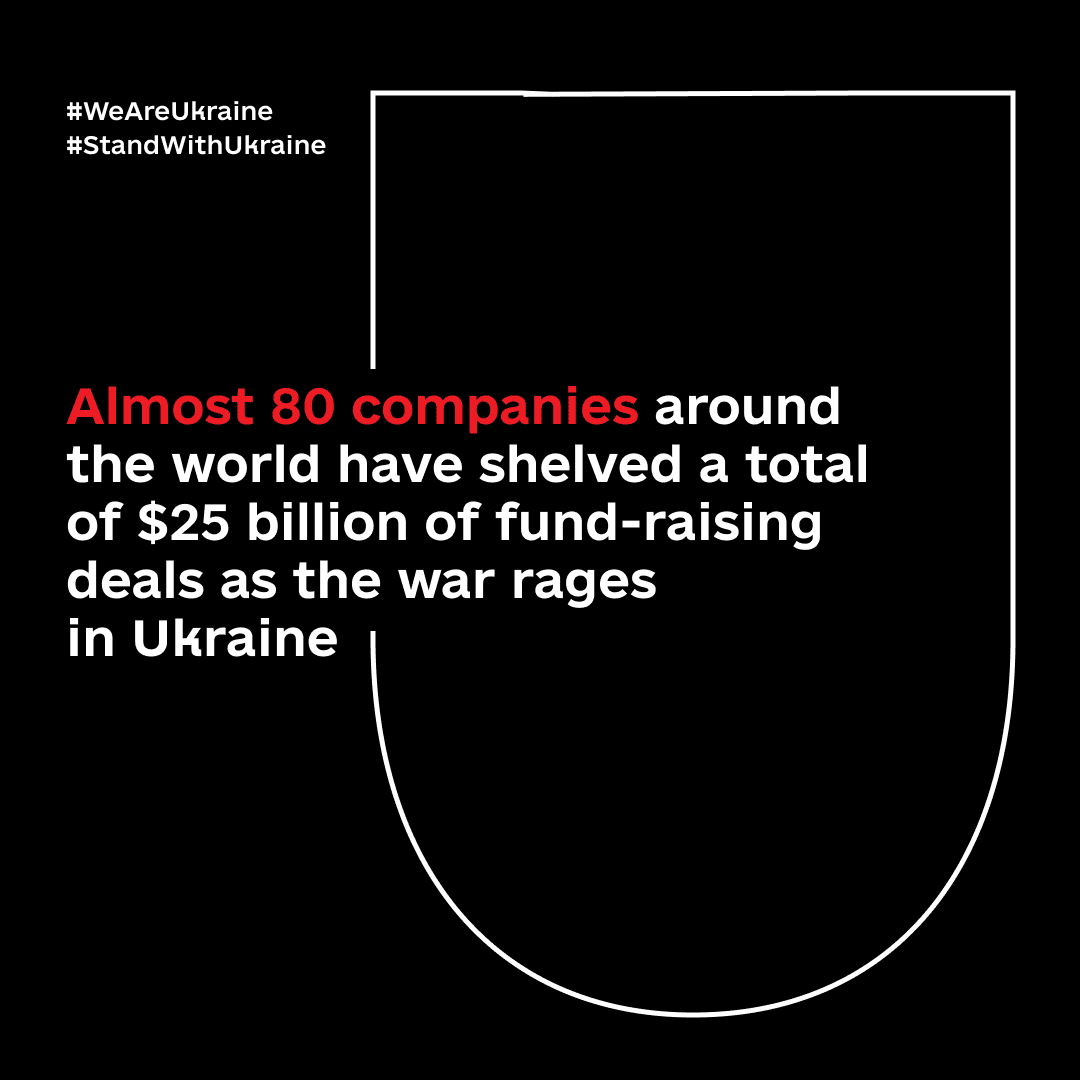 Firms across the globe are ditching fund-raising deals at a quickening pace, as volatility destabilizes credit markets following Russia’s invasion of Ukraine, Bloomberg writes. Almost 80 companies have put at least $25 billion of deals on hold since the start of the war nearly a month ago. The caution has reached all corners of the globe. Among those putting the deals on hold are India’s Mumbai International Airport Ltd., Brazil’s Trocafone SA, and many others. But nearly half of those shelving the deals are from the US. Electric car giant Tesla Inc. is the latest big name firm to scrap financing plans, as it postponed a $1 billion offering of bonds backed by leases on its vehicles last week. More than $18 billion of the delayed deals are for debt financing, including bonds, loans and asset-backed securities, while the rest is for M&A and IPO.