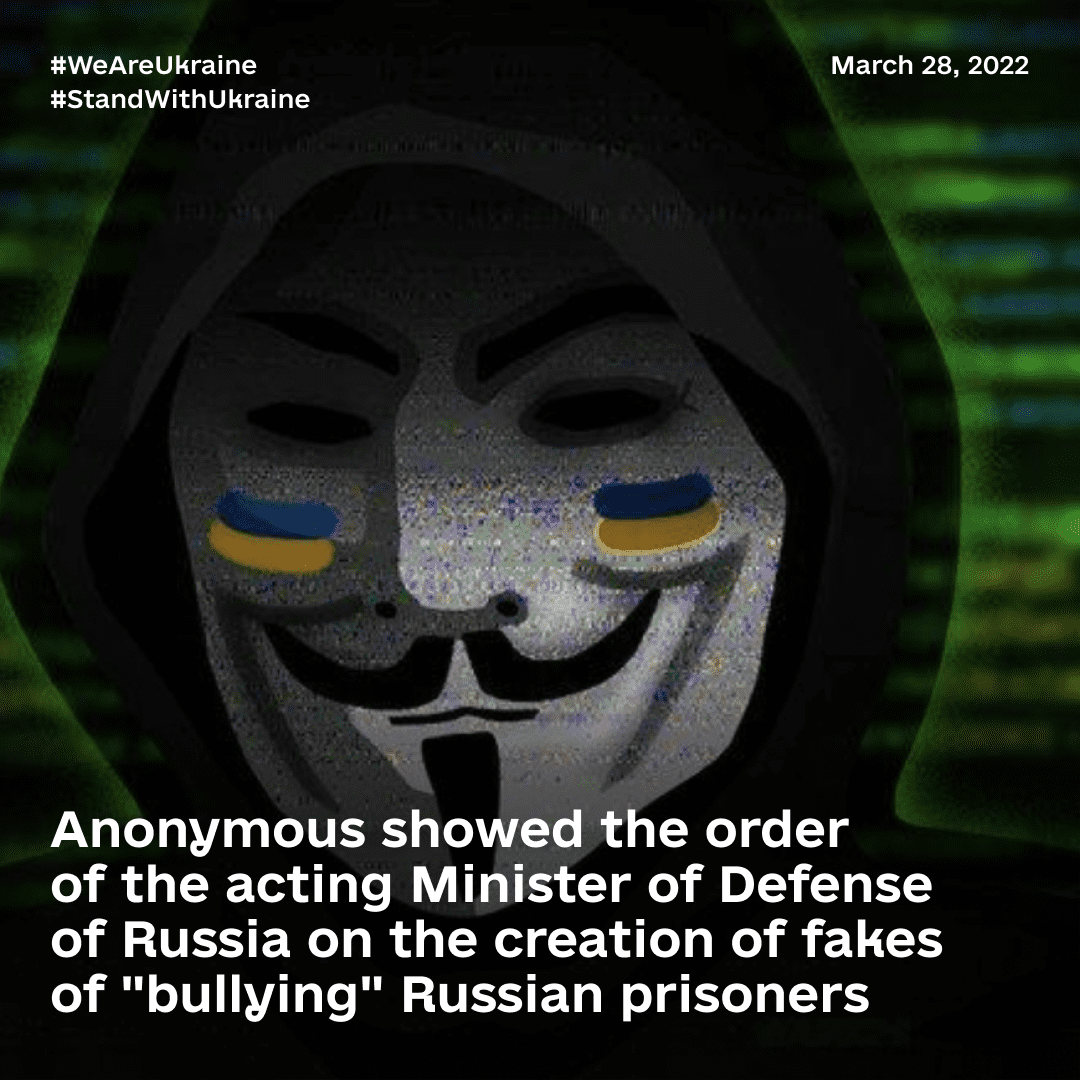 Hackers of Anonymous released a scan of the order of the acting Minister of Defense of Russia Dmitriy Bulgakov on the preparation of fake videos in which the ‘Ukrainian military’ allegedly mocks ‘Russian prisoners of war.’

“Leaked document from Russia with the order to film propaganda videos to discredit the attitude of Ukrainian forces to POWs,” the hacktivists wrote on Twitter.