Ban visas for Russians as they are accomplices to war crimes 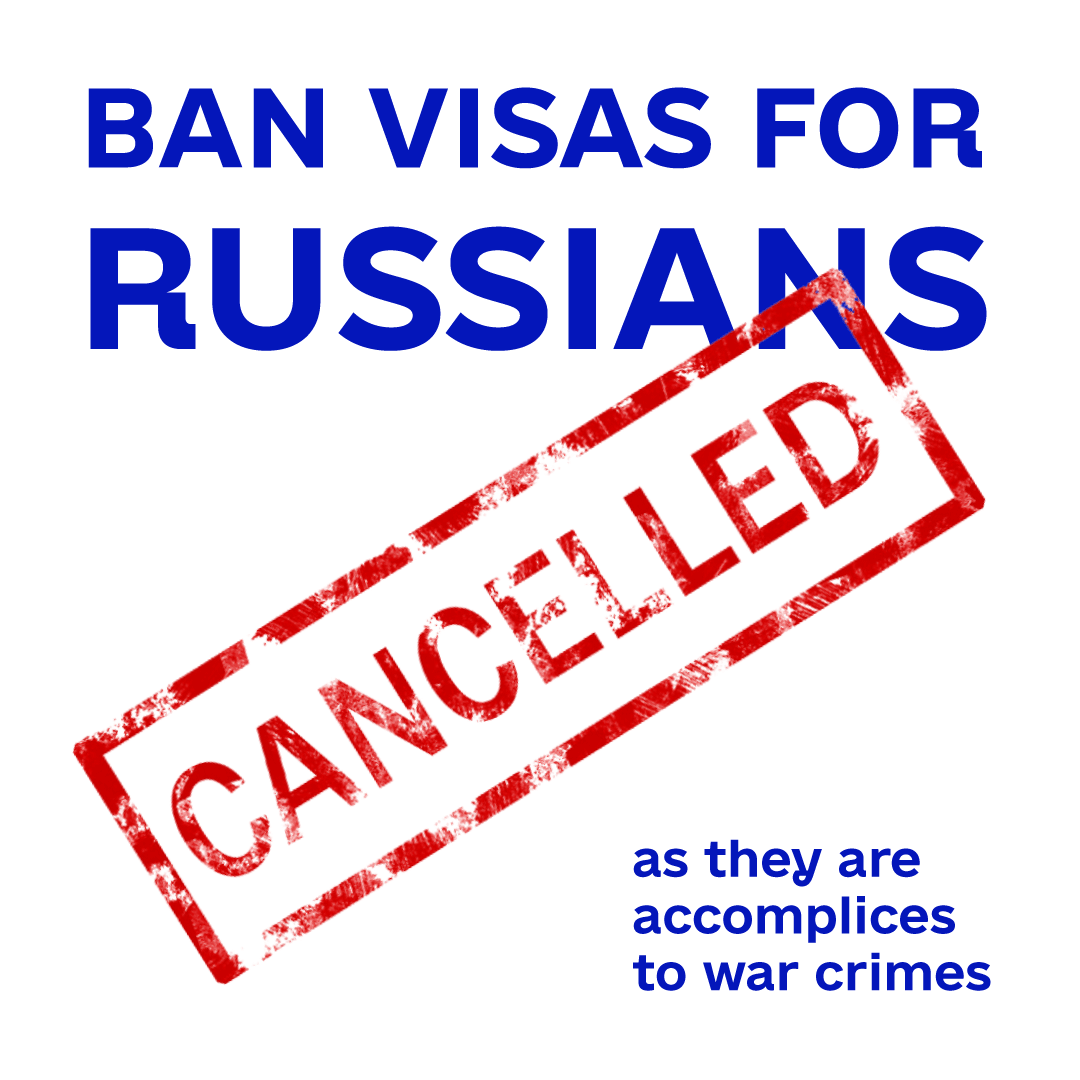 After six months of Russia’s full-scale war against Ukraine, it became clear that this war was the war of choice not only of the Russian government and its president Vladimir Putin, but also of the Russian people who are loyal to all of Russia’s war crimes committed against the civilian population of Ukraine. A survey conducted in late May by Russia’s last remaining independent pollster, the Levada Center, found that 77% of Russians currently back the war in Ukraine.

Russians are carriers of propaganda and disinformation in Europe — from ordinary tourists to diplomats and high-ranking officials.

“This is Russia’s war, not just Putin’s. Not Putin, but actual Russian soldiers come from Russia to kill, torture and destroy. Russians overwhelmingly support the war and cheer missile strikes on Ukrainian cities and the murder of Ukrainians. Let Russian tourists enjoy Russia then,” Minister of Foreign Affairs of Ukraine Dmytro Kuleba stated.

Loyalty to someone who initiates or commits a crime is nothing but complicity in the commission of that crime.

That is why Ukrainian president Volodymyr Zelenskyy reiterated his call to limit Schengen visas for Russians, saying there “should be guaranteed that Russian murderers and the accomplices of state terror do not make use of the Schengen visas.”

So-called Russian oppositionists and activists appeal to the fact that Russians should be able to see a free world, see a democratic Europe. As the Estonian Prime Minister Kaja Kallas stressed, visits to Europe are a privilege, not a human right. To earn this privilege, Russians must first of all act domestically to stop this bloody war against Ukraine.

It is important to block Russians’ access to double standards: on the one hand, they support Russia’s crimes against humanity and consider Russia a prosperous state, call Europe and the West hostile and backward, and on the other hand, they freely go on vacation or travel there, and buy expensive things, paying taxes.

As of August 13, 2022, Estonia has become the first EU country to ban entry for Russian citizens holding Schengen visas. Latvia does not issue tourist visas to Russians, they can go there only for the funeral of loved ones. Lithuania and Malta do not allow any Russians except family members of EU citizens. The Czech Republic has extended the ban on obtaining visas and residence permits for citizens of the Russian Federation until April 2023. Finland will reduce the number of visas for Russians tenfold. The Netherlands stopped issuing short-term visas to Russians in April 2022. Poland is developing a concept that will allow Russians to be refused visas altogether. Denmark is ready to limit the issuance of tourist visas to Russians, regardless of the EU’s decision on this issue.

We call on all countries  in the Schengen zone to support this initiative and deprive Russians of visas. We ask the citizens of these countries to influence their governments to adopt this decision as soon as possible. Accomplices of war crimes should not walk the streets of democratic Europe.