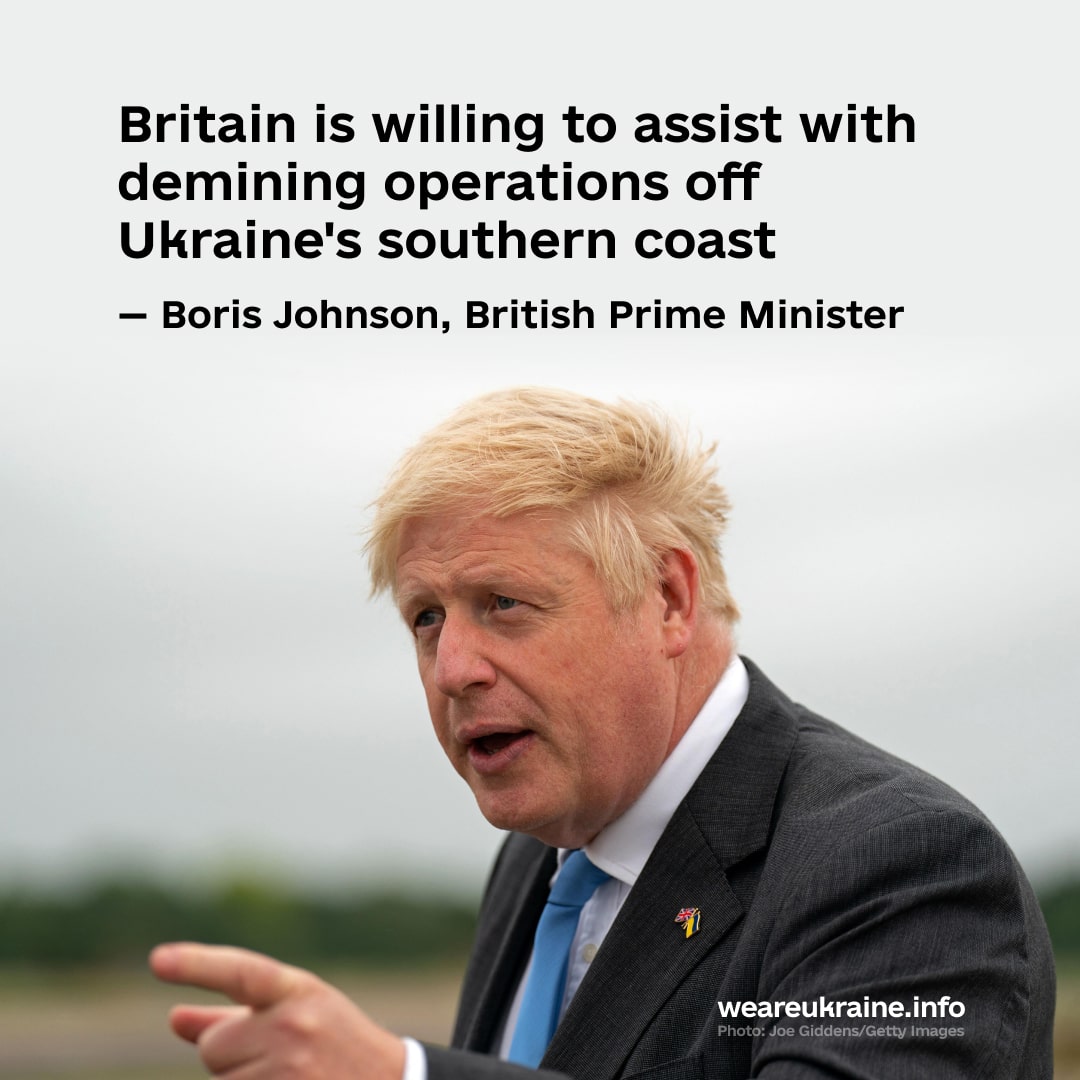 UK Prime Minister Boris Johnson said on June 23, 2022, that Britain was willing to assist with demining operations off Ukraine’s southern coast and was considering offering insurance to ships to move millions of tonnes of grain stuck in the country, Reuters reports.

Russia’s February 24 invasion of Ukraine and blockade of its Black Sea ports has prevented the country, traditionally one of the world’s top food producers, from exporting much of the more than 20 million tonnes of grain stored in its silos. “There is a job of work to be done. We are working with the Turks and other European friends and allies to see what we can do,” Johnson told Reuters.

“What the UK possibly has to offer, most of all, is expertise when it comes to maritime insurance and a lot of expertise in moving goods through should we say contested areas of the sea,” he said.