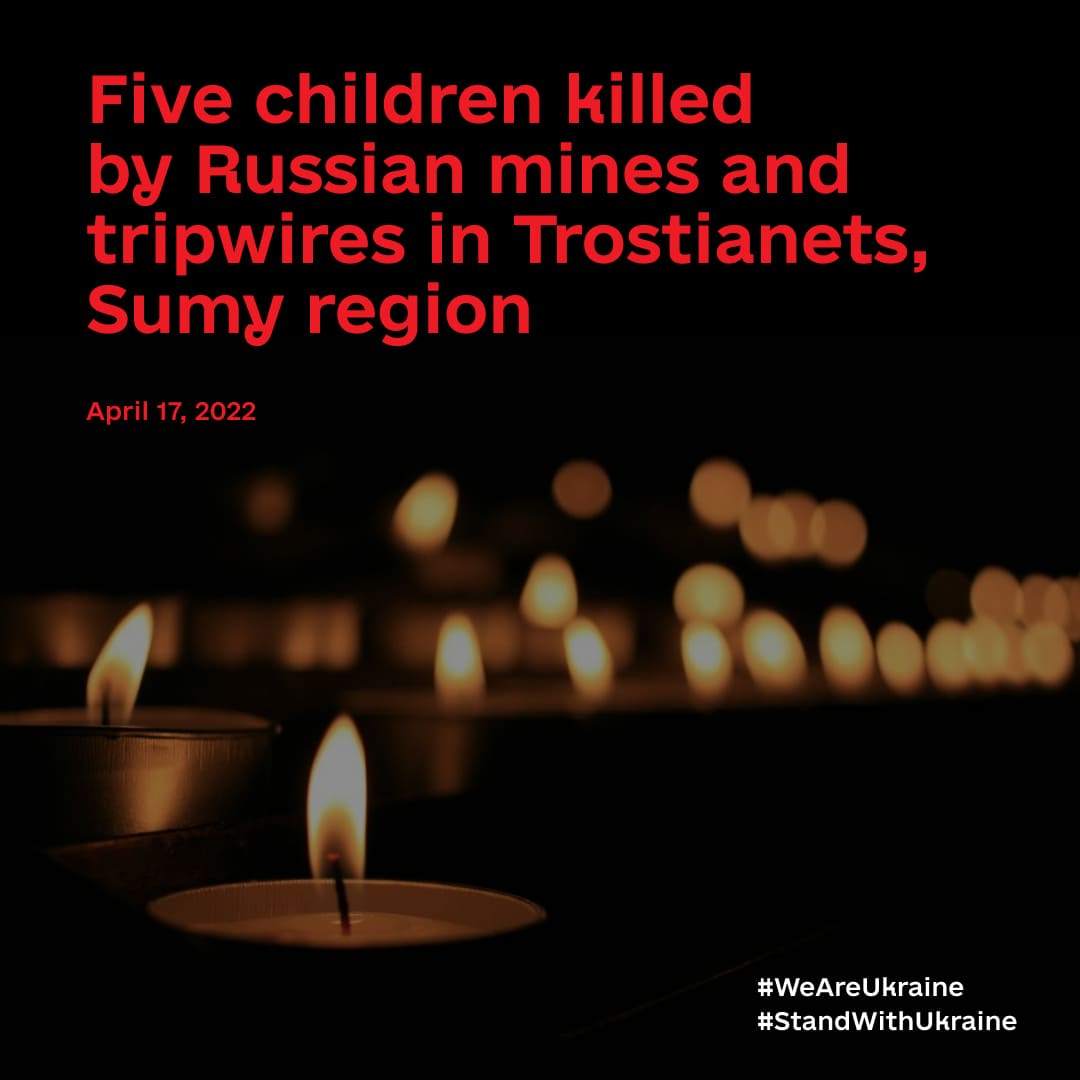 Five children have already been killed by Russian mines and tripwires in the city of Trostianets, Sumy region. The relevant statement was made by Trostianets Mayor Yurii Bova in a commentary to Channel 24.

“Five children have already been killed by mines and different tripwires. The injured were also reported. There are quite many such items left so far,” Bova told.

In his words, most mines and tripwires are found near the checkpoints and places where Russian vehicles were located. Currently, many roads in the city are remaining unchecked. The Ukrainian State Emergency Service is working seven days a week.