Invaders fired on a passenger evacuation train in Donetsk region, one woman killed 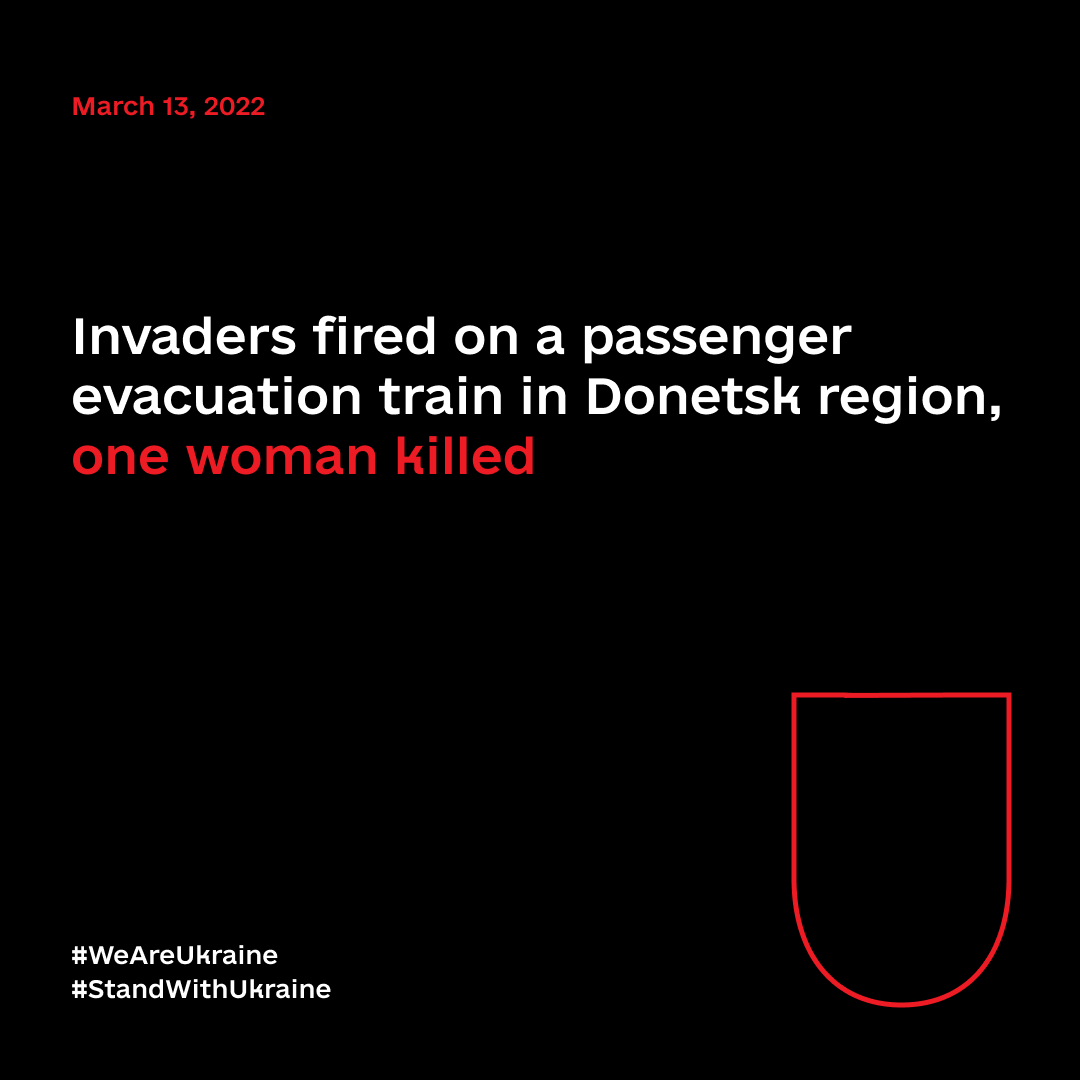 In the Donetsk region, Russian troops fired on an evacuation train, killing one train hostess and wounding another. According to the Ukrzaliznytsia, Ukrainian State-owned Railways Company, “On the night of March 12-13, a passenger train came under fire from the invaders near the Brusin station in the Donetsk region. One train hostess was killed and another was injured and taken to Slovyansk Hospital, where she is being treated.”