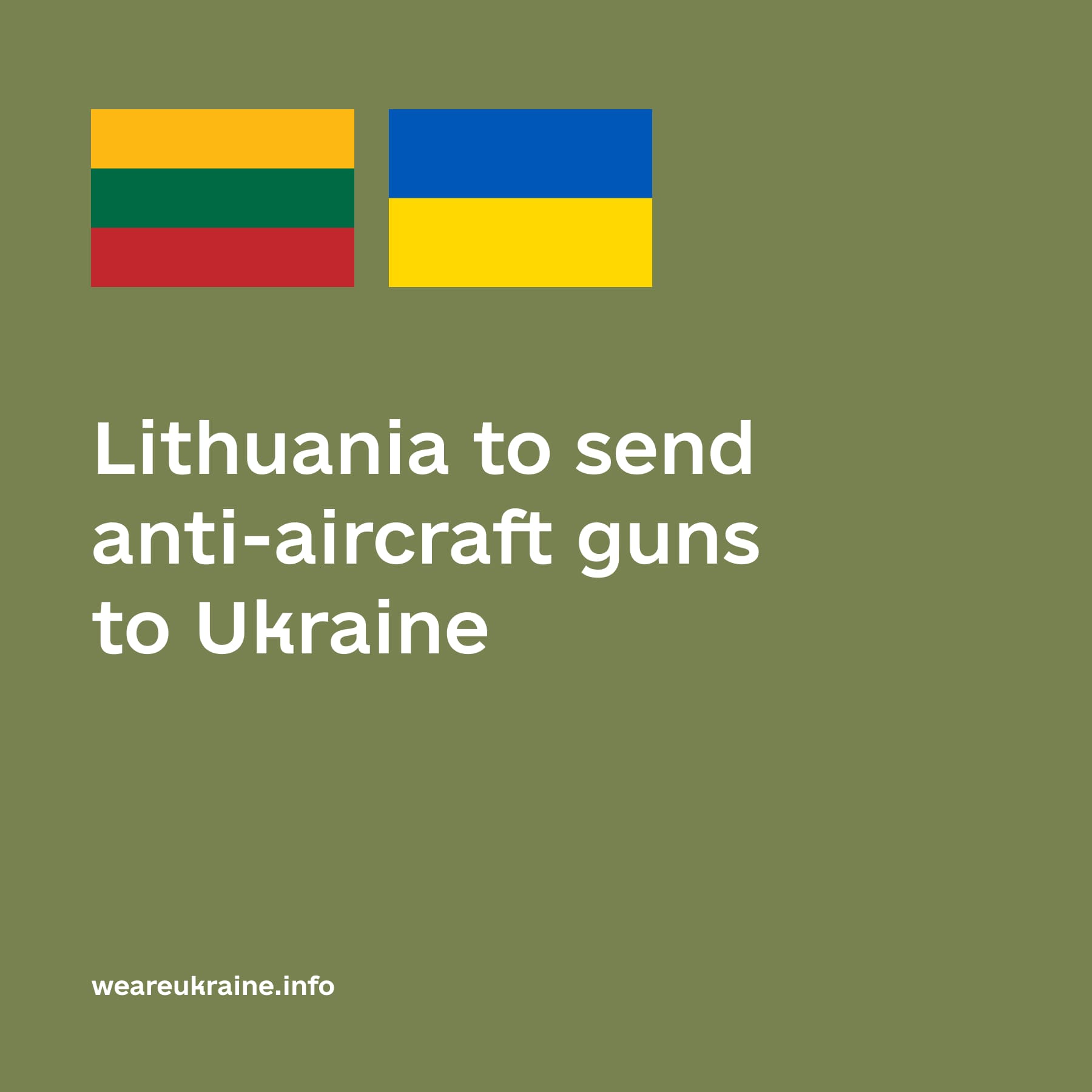 Lithuania will hand over Bofors L70 anti-aircraft guns and ammunition to Ukraine, Lithuanian President Gitanas Nausėda has announced during his visit to Ukraine. — LRT reports.

According to LRT, Lithuania acquired the short-range anti-aircraft guns, which first entered production in the late 1940s, from Sweden in 2000.

“Lithuania and Poland have confirmed their determination to continue providing military, political, diplomatic, economic, and humanitarian support to Ukraine,” Nausėda said in the statement.

This was the third time Nausėda visited Ukraine after Russia launched its full-scale invasion on Feb. 24, 2022.