Ukrainians said that Kherson is Ukraine even back in 1917 Early November 2022 has brought some big victories for Ukrainians as Ukraine rejoices over the liberation of Kherson. As congratulations pour in from around the world, social media feeds are filled with photos and videos from the liberated territory with representatives of the Armed Forces of Ukraine.

From the very start of the full-scale invasion, the people of Kherson actively resisted by going out into the streets, protesting, and raising Ukrainian flags. On March 5, 2022, the people of Kherson came to Svobody Square — the central square of Kherson — to declare that Kherson is Ukraine. Tens of thousands of peaceful citizens began their unprecedented marathon in defense of Ukraine: meetings and demonstrations continued for many weeks despite threats, repression, and violence from the Russian occupying forces.

April 16, 2022, marked the 105th anniversary of the first multi-thousand Ukrainian demonstration in the city. To commemorate the historical event, the Ukrainian online edition of Istorychna Pravda published an account of how the people of Kherson had already fought for their freedom and loudly declared that they were Ukrainians back in 1917. We decided to collect some of the article’s main points together for an article for weareukraine.info. For the people of Kherson, large-scale actions in support of Ukraine on Svobody Square are already a tradition that is more than 100 years old. In 1917, as the Russian Empire collapsed, the people of the Empire were free to choose their development path. Residents of the city immediately used this opportunity to declare that Kherson and the Kherson region are and will always be Ukraine.

In early April 1917, invitations to participate in the pro-Ukrainian demonstration were printed in many local newspapers: “Dear citizens!… All, who know that they are Ukrainian, make yourselves known and come… We call on the citizens to gather on April 16 at 1 pm on the Maidan near the water pump (note: this is the modern Svobody Square). We ask you to come in national clothes, if you have one, and with flags… From there, the procession moves along Hovardivska, Suvorovska, and Richelievska streets to Cathedral Square to the Dormition Cathedral. There will be a memorial service for the great Hetman of Ukraine Bohdan-Zinoviy Khmelnytskyi and our great poet Taras Shevchenko.” 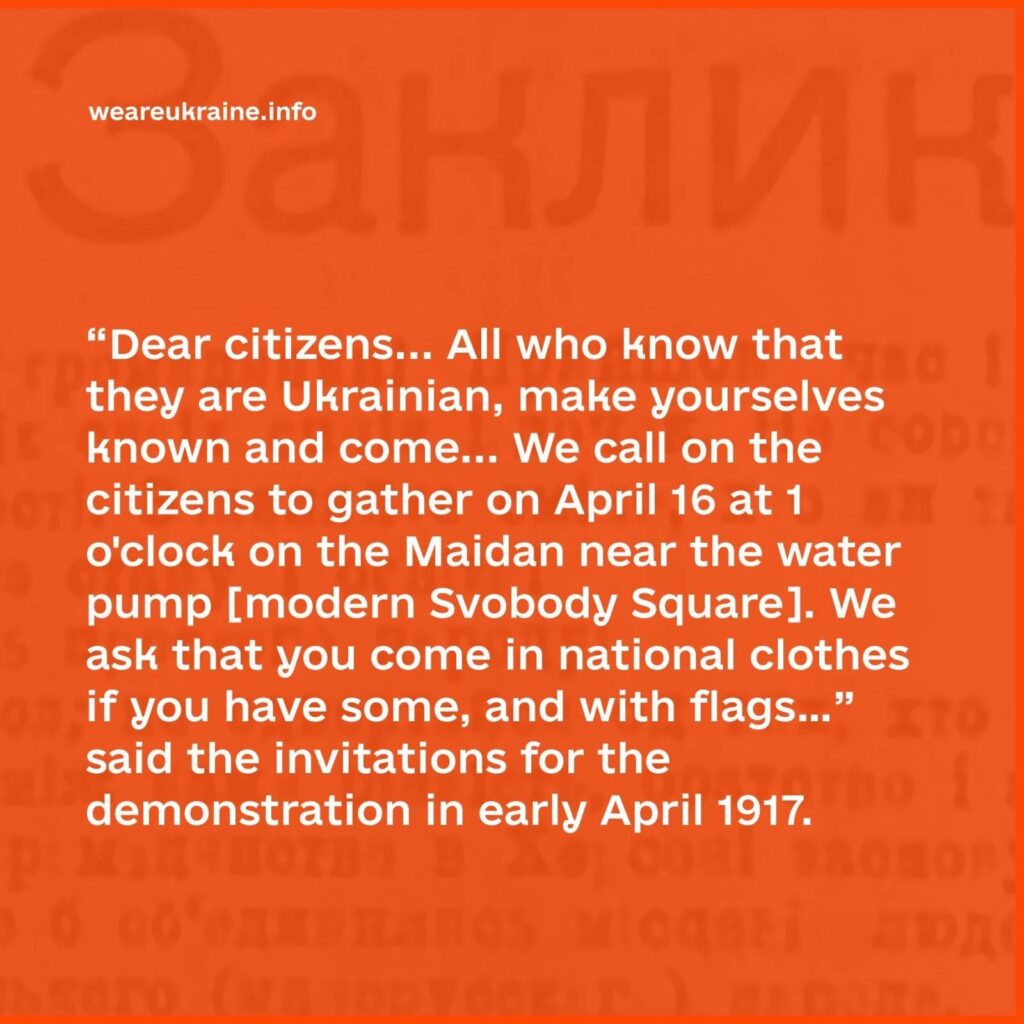 The famous Ukrainian writer Mykola Chernyavsky published a report about that day: “At noon, everyone began to gather, and now a detachment of mounted Cossacks appeared on the square in the old Zaporizhzhia outfit, with a bunchuk and a wonderful silk Ukrainian flag. In front of the bench, a gray-bearded and dark-haired Cossack wearing hetman’s outfit with a mace in his hand rode a gorgeous white horse. Loud cries ‘Slava’ sounded on the square for a long time, and the illusion was created that real Zaporozhian Cossacks had arrived for the holiday…”

According to the information in the article and the reporters’ estimates, about 25,000 participants, including about 5,000 militaries, gathered for the first Ukrainian national demonstration in Kherson. 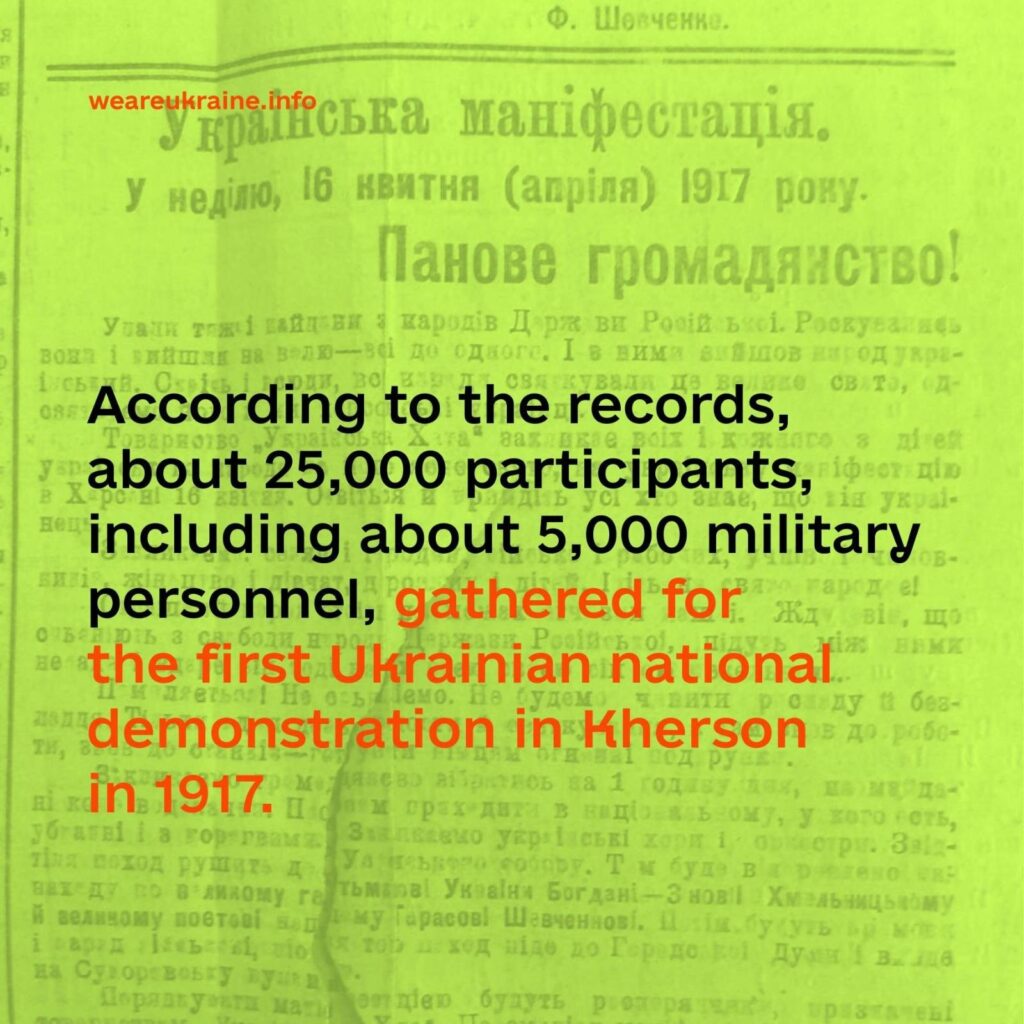 The Ukrainian national demonstration on April 16, 1917, became an event that determined the vector of the city’s development for a century to come.

And more than a hundred years later, the people of Kherson once again resisted with a powerful assertion that Kherson is Ukraine. It is — and it always will be.