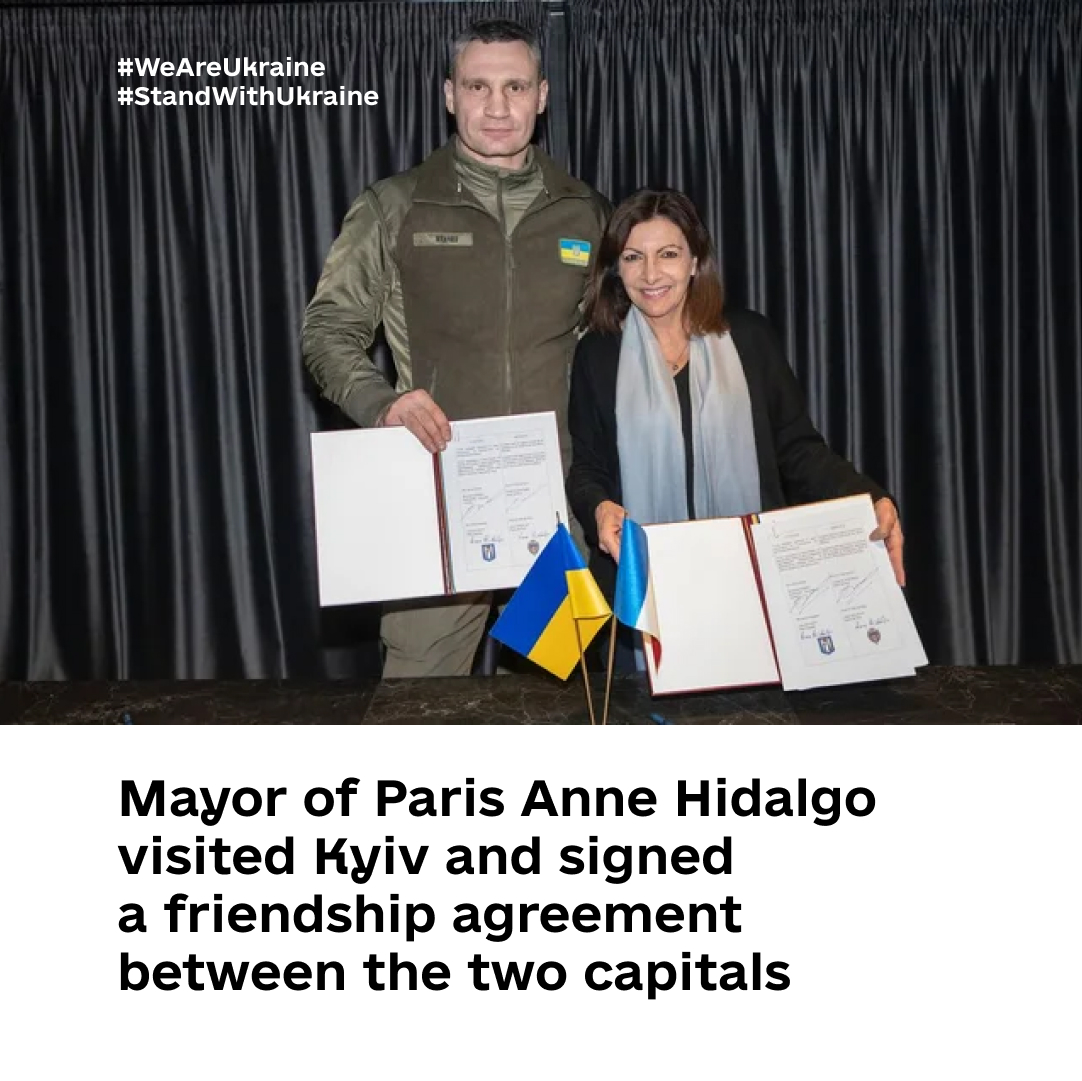 Kyiv Mayor Vitalii Klychko met Paris Mayor Anne Hidalgo, who visited the Ukrainian capital on April 14, 2022. During the meeting, they signed an agreement to establish friendly relations between the two cities.

“A striking symbol of the partnership between our cities was a landmark event when on March 22, 2022, the City Council of Paris unanimously voted to grant the city of Kyiv the status of honorary citizenship. With this distinction, which was first awarded by Paris and received by Kyiv, Paris confirmed its support and friendship with the Ukrainian capital, which today is defending and fighting for its freedom,” said Kyiv Mayor Vitalii Klychko.

Anne Hidalgo also visited war-torn towns in Kyiv region. “In the martyr towns of Bucha, Irpin, and Borodianka, to pay tribute to the massacred civilians and support the mayors in this ordeal. The scenes of chaos remind us that we have to be there for the Ukrainians. Paris will be at their side to rebuild,” she wrote on Twitter.