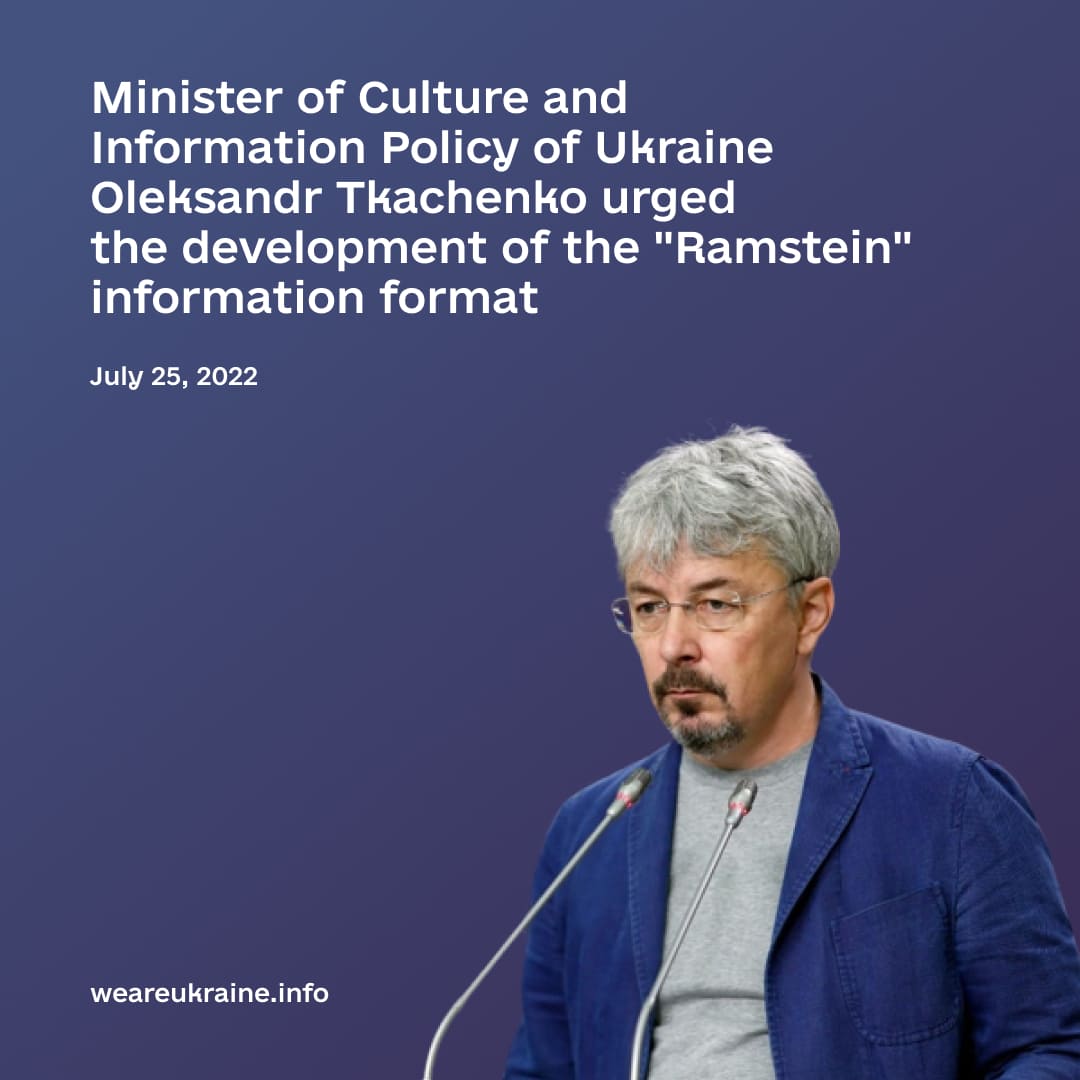 The Minister of Culture and Information Policy, Oleksandr Tkachenko, has called for the creation of an information “Ramstein” format to coordinate the efforts of allies and partners to counter Russian propaganda. He said this during an online conference hosted by the American analytical center “Atlantic Council.”

“I believe it is critical to call for what I discussed with my European and American colleagues — to the informational Ramstein,” Tkachenko said.

He emphasized that Ukraine now has limited resources to counter Russian propaganda narratives in the media. As a result, only certain projects, according to the minister, are currently being implemented. Among them is Freedom, which informs a Russian-speaking audience about the true state of affairs in Ukraine.