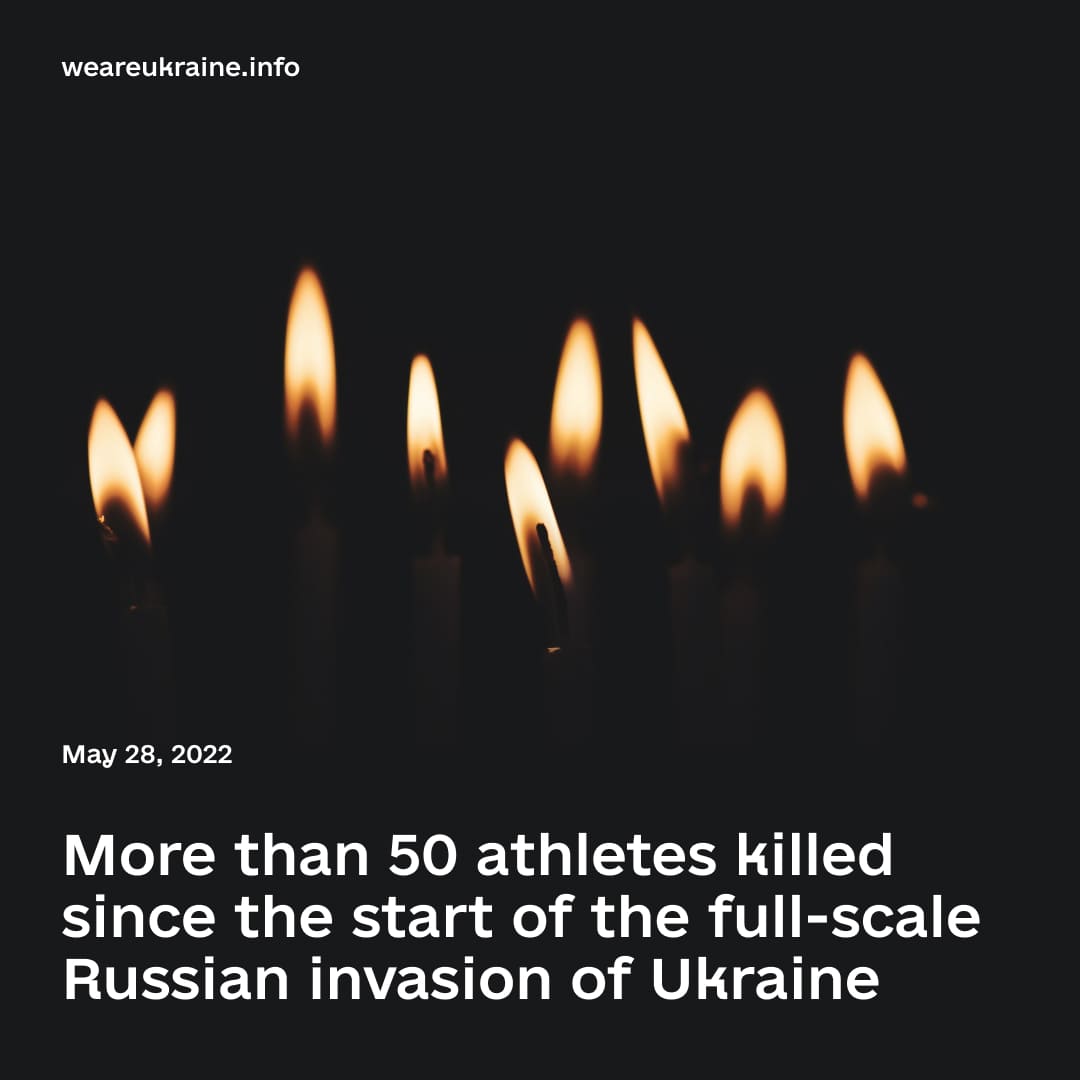 Minister of Youth and Sports of Ukraine Vadym Hudtsait said that more than 50 athletes had been killed since the beginning of the full-scale Russian invasion of Ukraine.

According to the minister, athletes from Olympic and non-Olympic sports are also defending Ukraine with weapons in their hands. “Everyone is going to protect us. Someone in the defense, someone in the Armed Forces, someone is now in the east of Ukraine. I want to thank all the defenders of Ukraine,” he said and expressed his condolences to the families and friends of the victims.