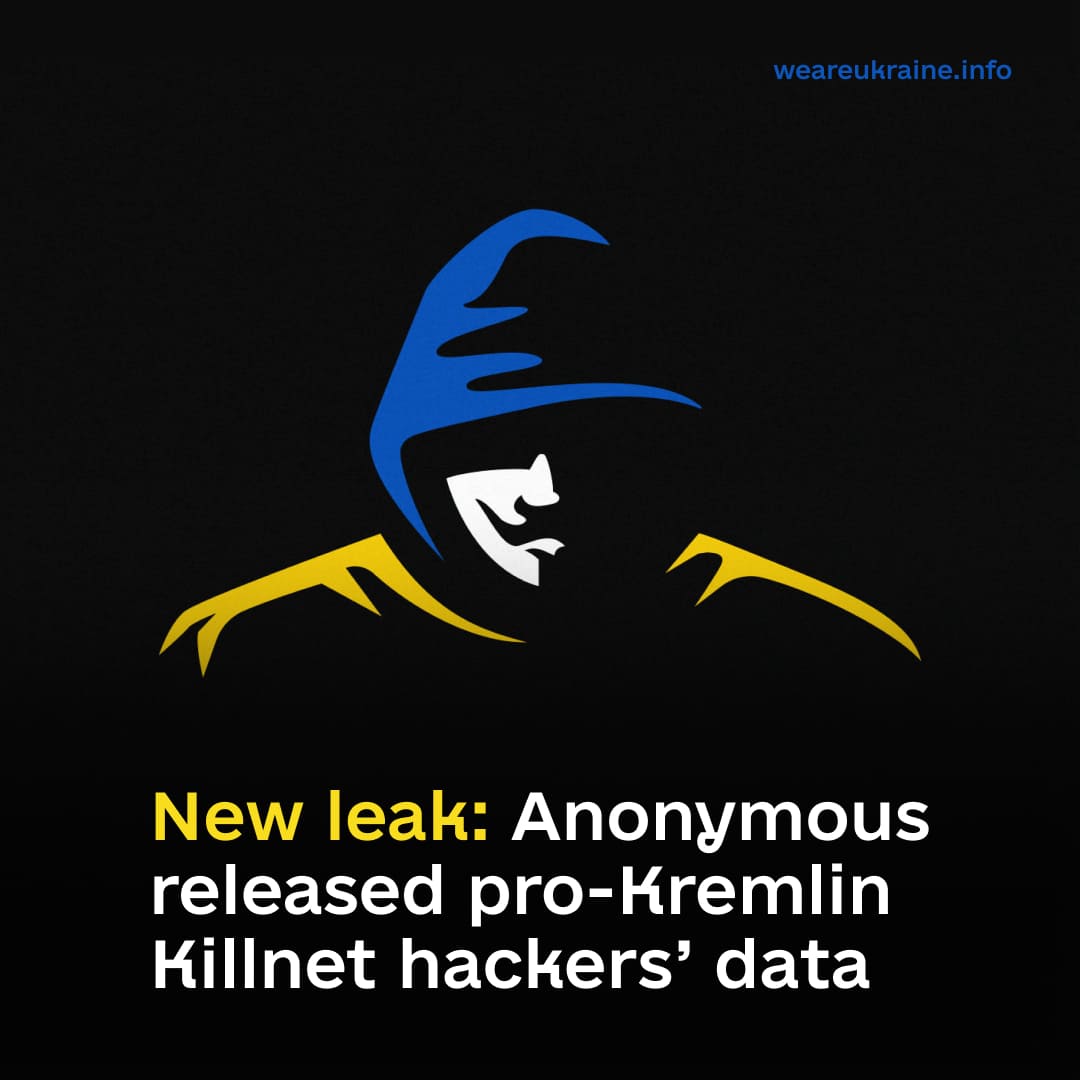 The hacker group Anonymous has leaked the email addresses of pro-Kremlin Killnet hackers.

“JUST IN: The Anonymous collective has hacked & released a list of emails and passwords used by the pro-Kremlin hackers Killnet, to discredit them and disrupt their activities,” hackers wrote on their Twitter page.