Postage stamps “Russian warship, f**k you…!” sold at a charity auction for $170,000. Proceeds to be donated for the humanitarian and military needs of Ukraine 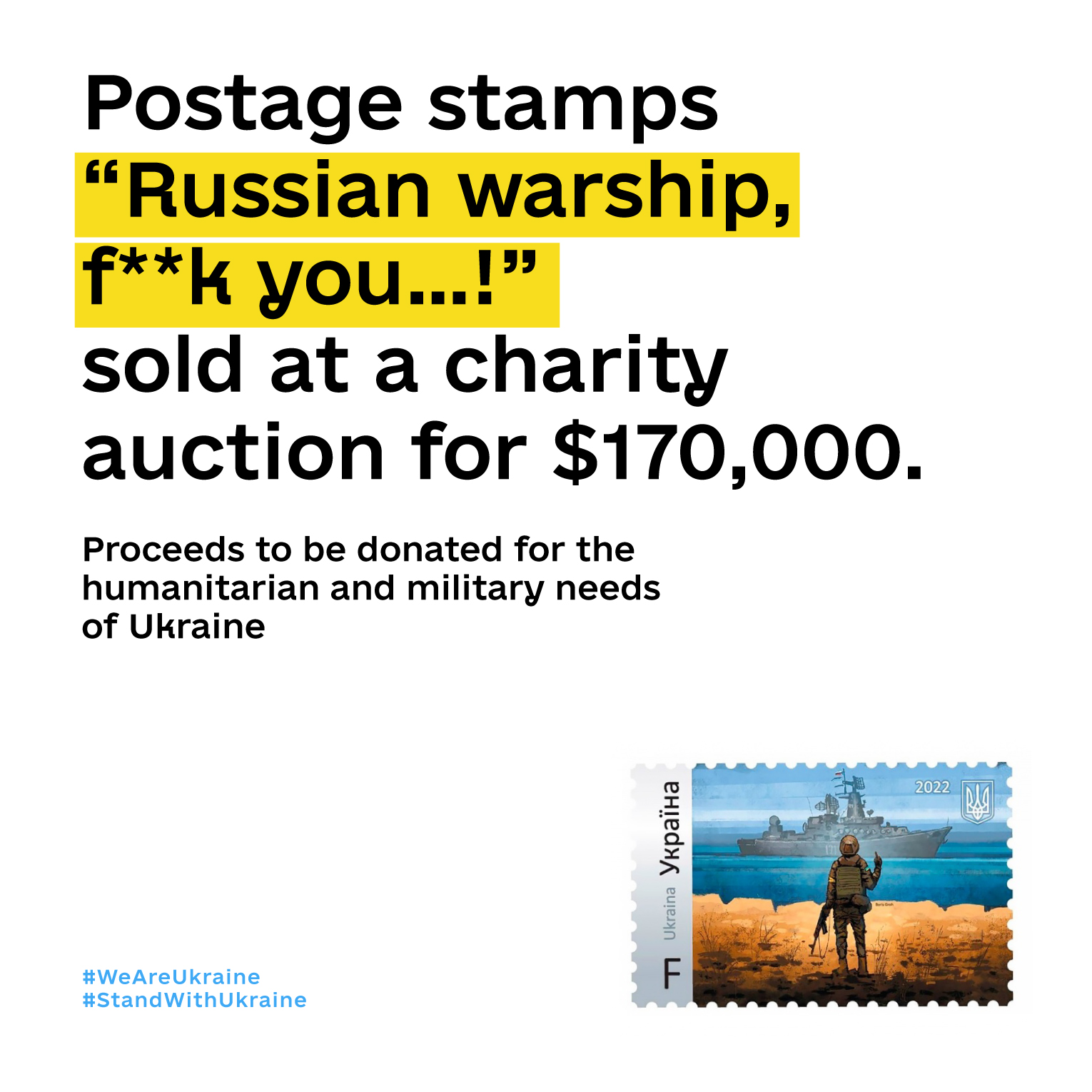 56 participants from four countries competed for the stamps. The price of the lot during the auction increased 200 times to five million hryvnias.

The phrase “Russian warship, f**k you…!” is the answer of Ukrainian border guards, the defenders of Zmiinyi Island, to the Russian ship on the offer to surrender on the day of the invasion of Russian troops in Ukraine on February 24, 2022. It has become a symbol of courage and indomitable spirit of the Ukrainian people in the fight against Russia.

The winner of the auction got postage stamps with signatures of the author of the phrase, marine Roman Grybov and the general director of Ukrposhta, Ihor Smilianskyy. All proceeds from the sale of stamps will be transferred to the National Bank of Ukraine accounts to help the Army and to the humanitarian needs of Ukrainians.