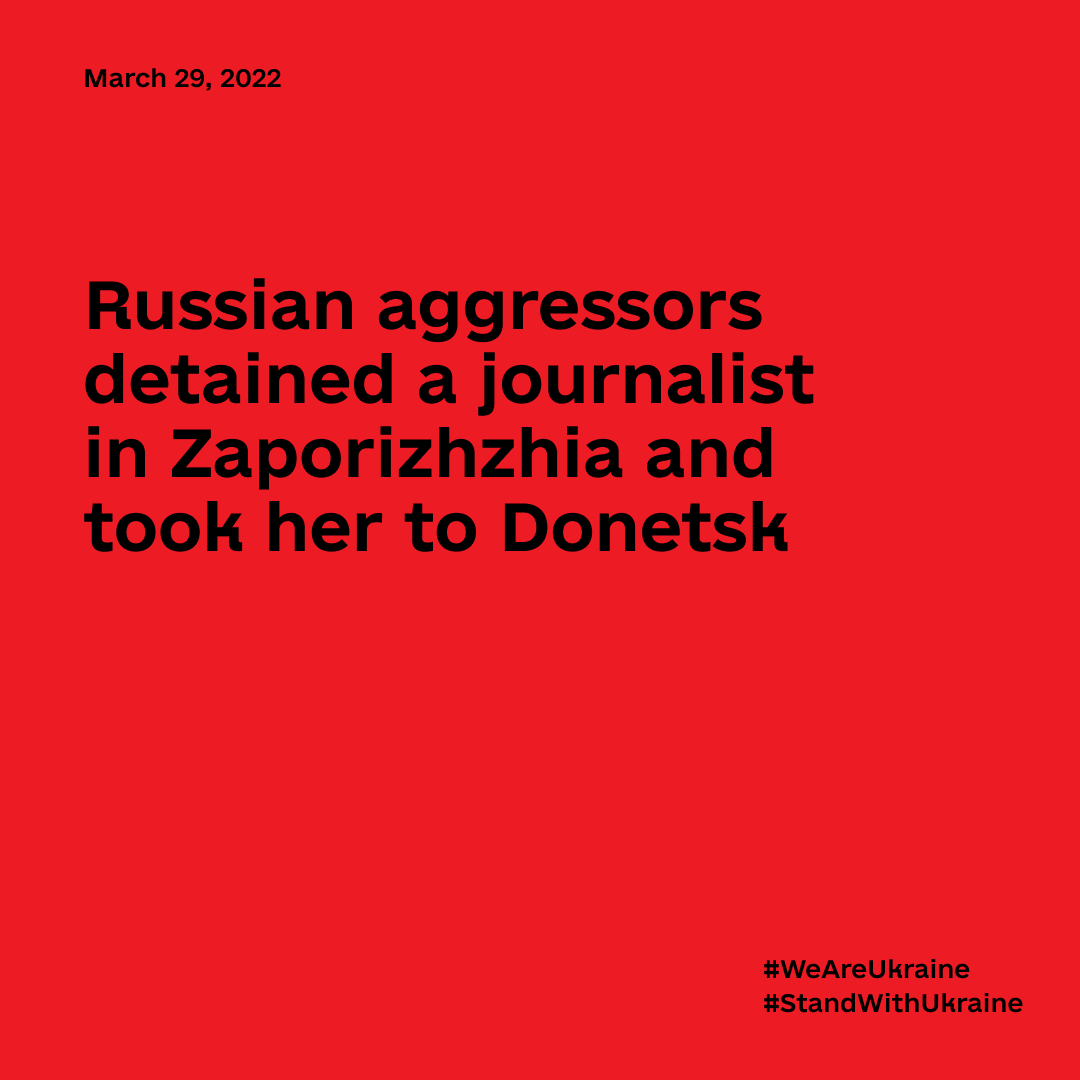 The Russian military have detained a journalist from Zaporizhzhya. Irina Dubchenko has been taken to the occupied Donetsk to “investigate her actions.”

Dubchenko was detained on March 26, 2022, in Rozivka, Zaporizhzhia region, and taken to Donetsk “to investigate her actions in connection to hiding and supporting a Ukrainian soldier.”

The sister said: “Our parents went to Rozivka on March 28, 2022, to take away my bedridden grandmother and my sister, who took care of her and worked there remotely as a journalist for the Ukrainian media.

My parents found out that Irina had been taken away. The local “commandant” initially said that they did not detain women, and then later admitted that she had been arrested and was being held in Donetsk.”