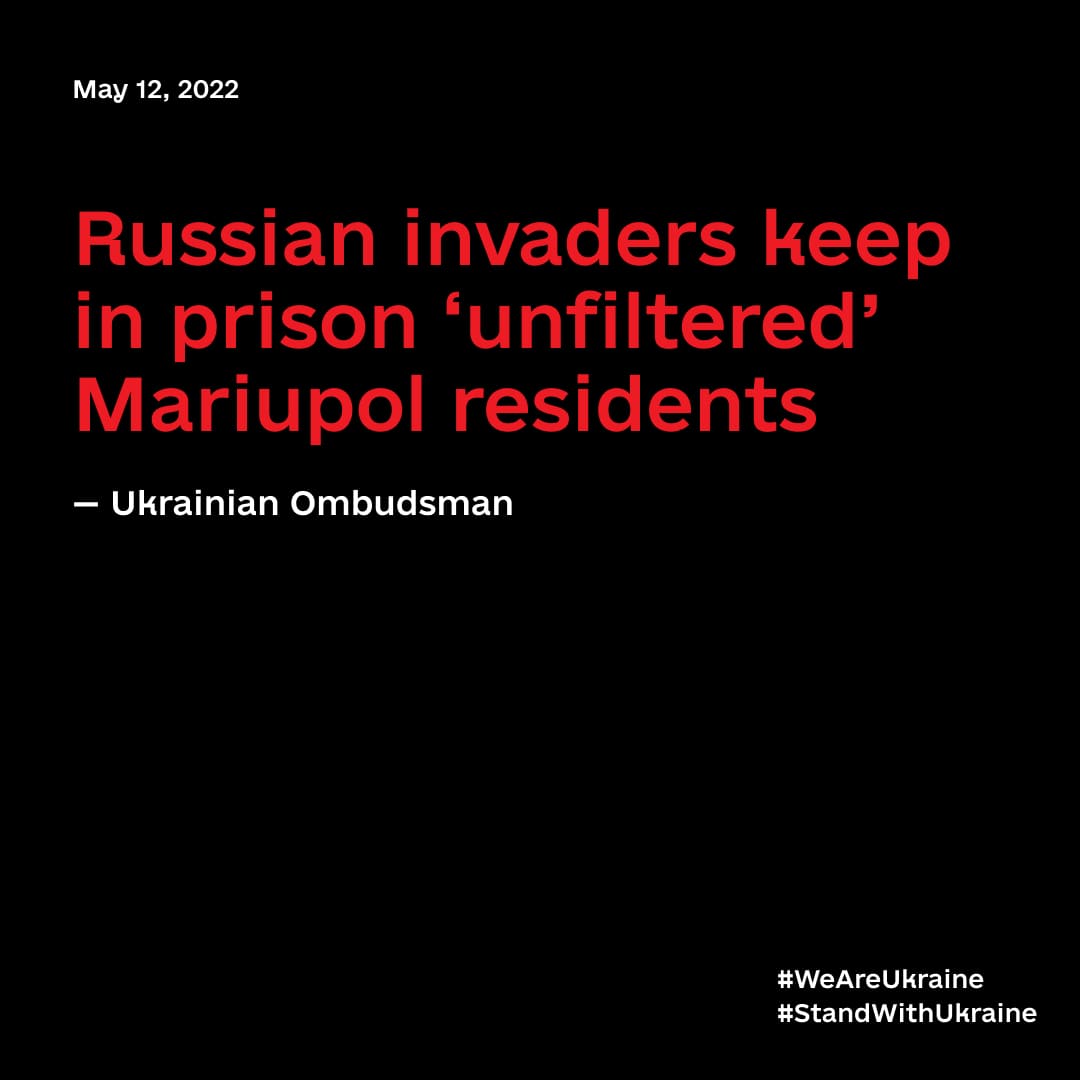 Ukrainians, who have not been “filtered” in filtration camps near Mariupol, are being taken to the premises of the former correctional colony No. 52 in the village of Olenivka in Donetsk region, or to the Izoliatsia prison in Donetsk, Commissioner for Human Rights of the Verkhovna Rada Liudmyla Denisova said.

“Ukrainians are kept in inhuman conditions. With the planned limit of the colony of 850 people, today at least 3,000 people are kept there, mainly from Mariupol and the Mariupol district. The minimum term of detention there is 36 days. Captured Ukrainians are tortured, given one bottle of water for dozens of people, they are fed not every day and taken to the toilet once a day. In addition, the prisoners do not have the opportunity to lie down, because the room is overcrowded,” she wrote on Facebook.