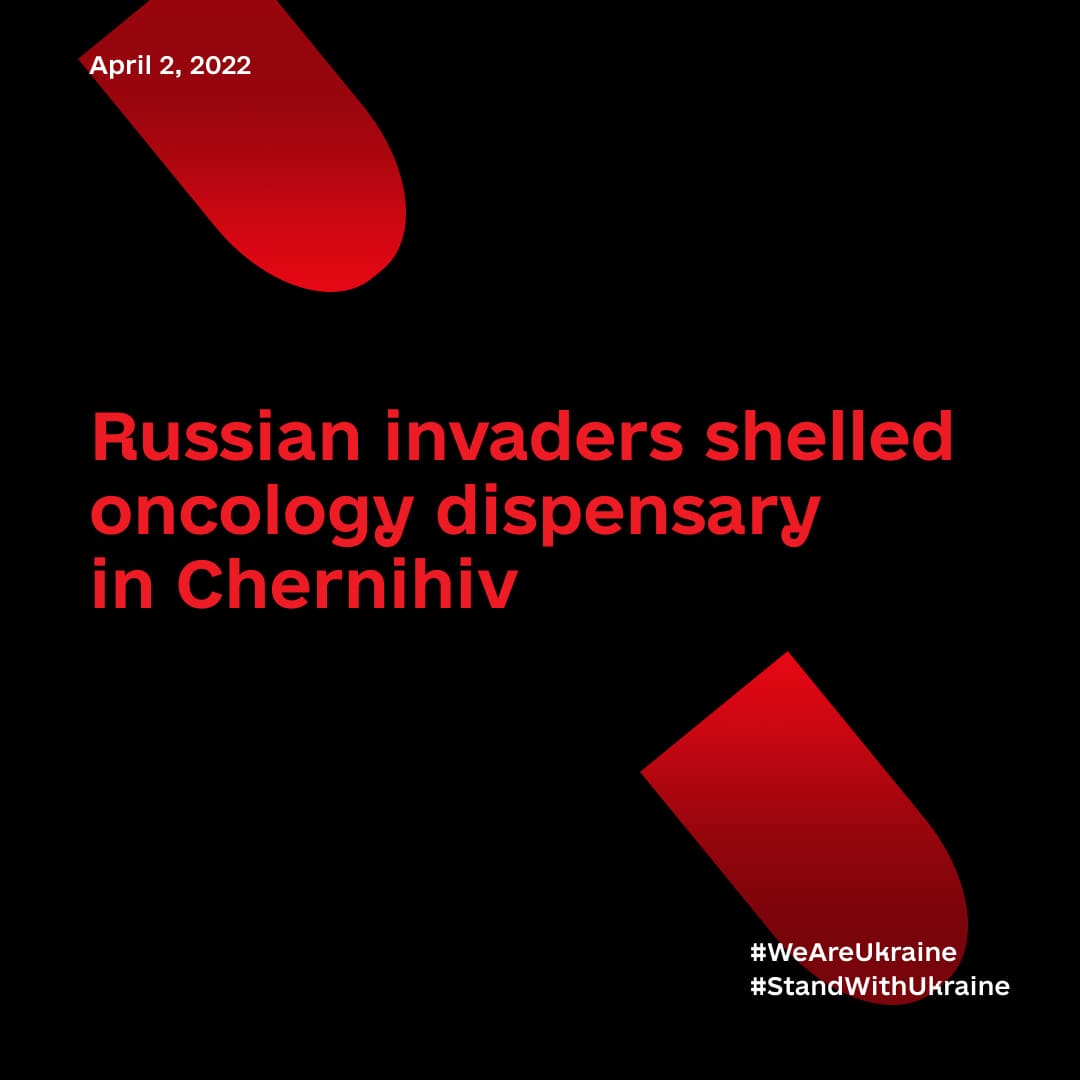 Russian invaders continue shelling civil infrastructure facilities in the city of Chernihiv. The relevant statement was made by Head of the Main Department of the National Police of Ukraine in Chernihiv Region Volodymyr Nidzelskyy on Facebook.

“Yesterday the enemy continued to insidiously fire on unarmed civilians in Chernihiv. In particular, strikes were launched on an oncology dispensary and peaceful areas in the city,” the report states.

According to Nidzelskyy, three persons suspected of sabotage and looting have been detained in Chernihiv over the past day.