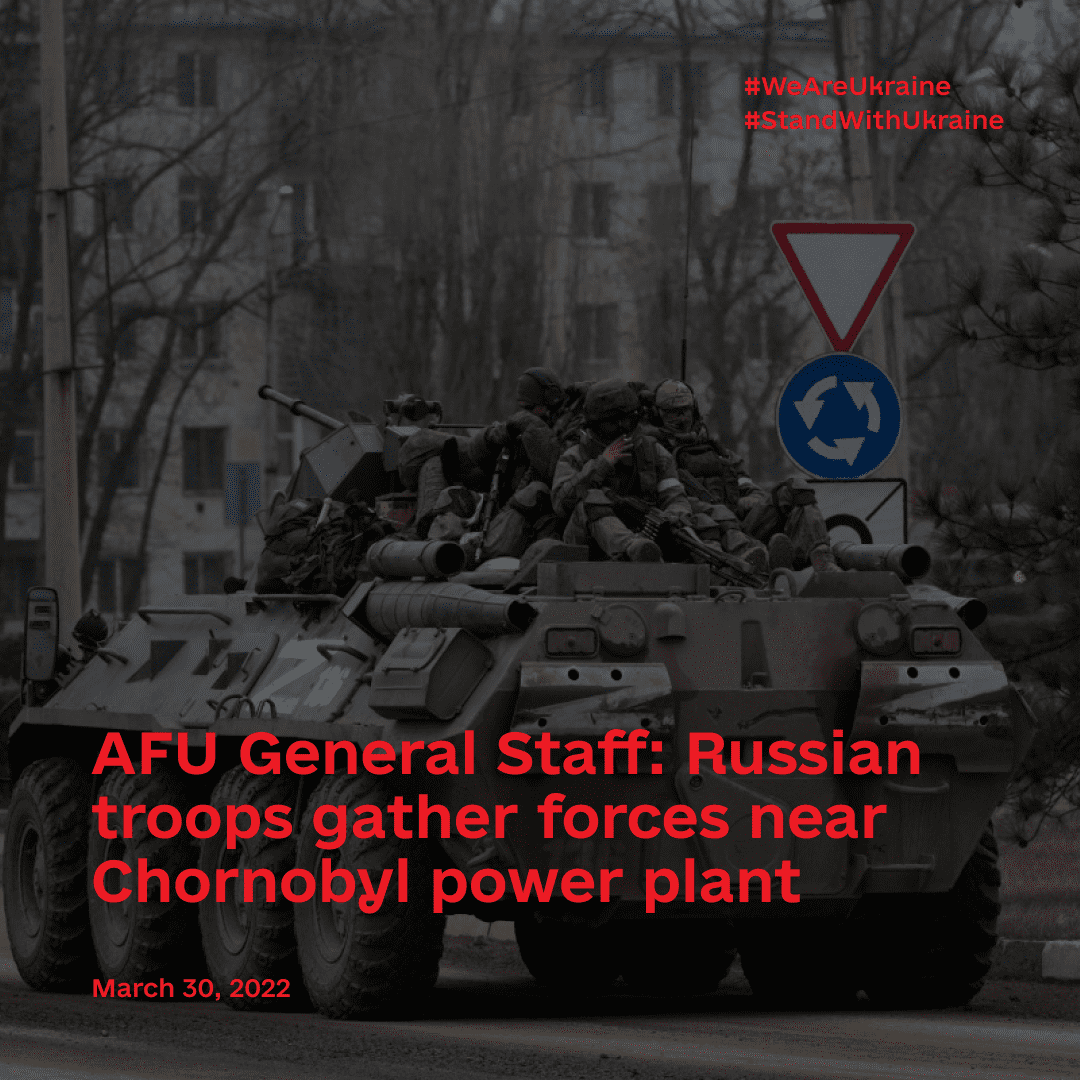 The General Staff of the Armed Forces of Ukraine report regarding the Russian invasion as of noon on March 30, 2022, suggests that the occupying troops are gathering forces near the Chornobyl nuclear power plant.

On the Polissya front, the movement of Russian troops along the state border of Ukraine with the Republic of Belarus was recorded. At the same time, the Russian occupation forces continue to accumulate near ​​the Chornobyl nuclear power plant, the New Safe Confinement, and the Exclusion Zone as a whole. Mixed convoys of enemy vehicles have been observed moving from the settlement of Ivankiv towards the Chornobyl power plant.