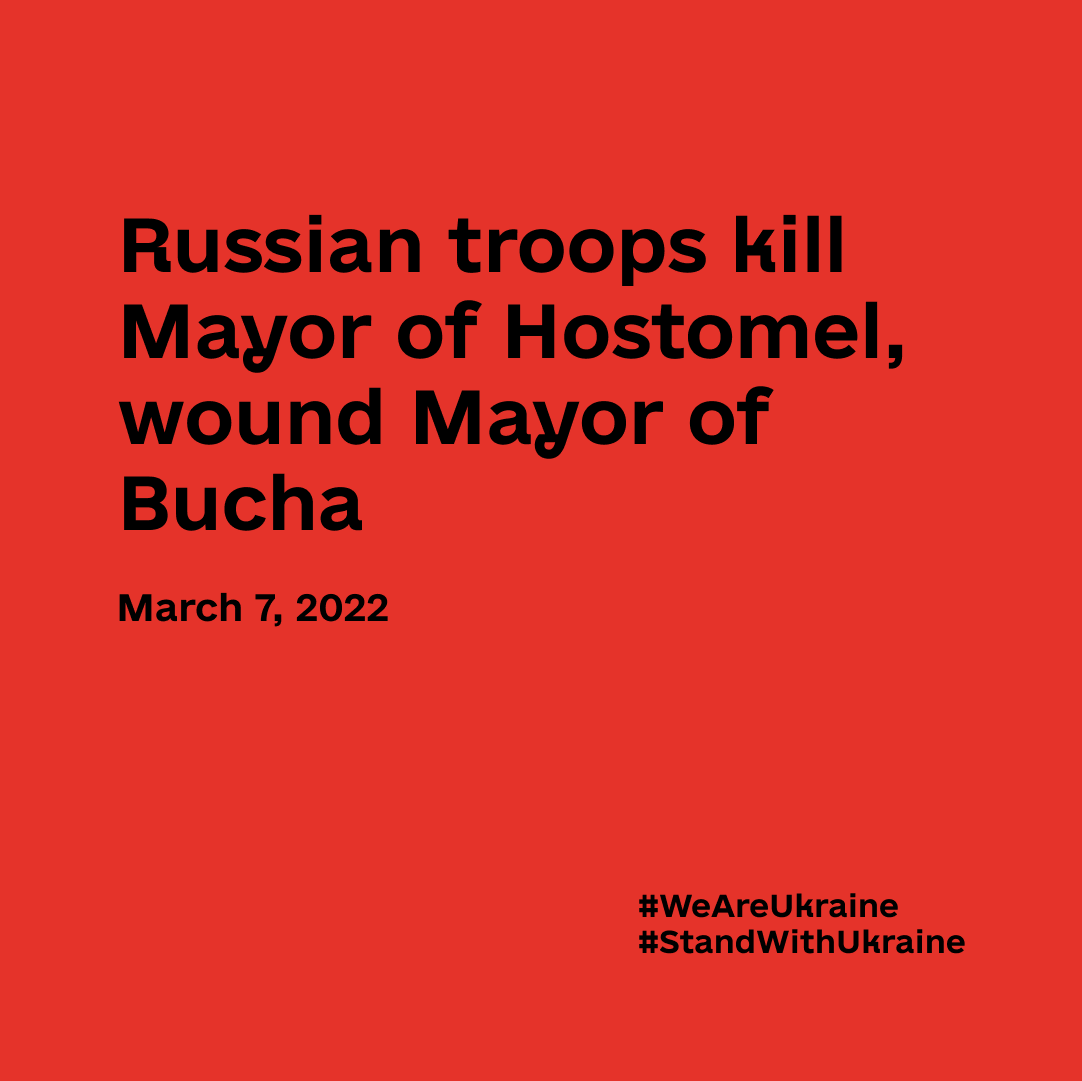 The Russians shot dead the Mayor of Hostomel, Yurii Prylypko, while he was delivering bread and medicine to people. Two of his associates, Ivan Zorya and Ruslan Karpenko, were shot dead as they tried to help those still in the town. Anatoliy Fedoruk, the mayor of Bucha, a town on the outskirts of Kyiv region, which has been the site of fierce shelling by Russian invaders over the past days, was wounded on Sunday, March 6, 2022.