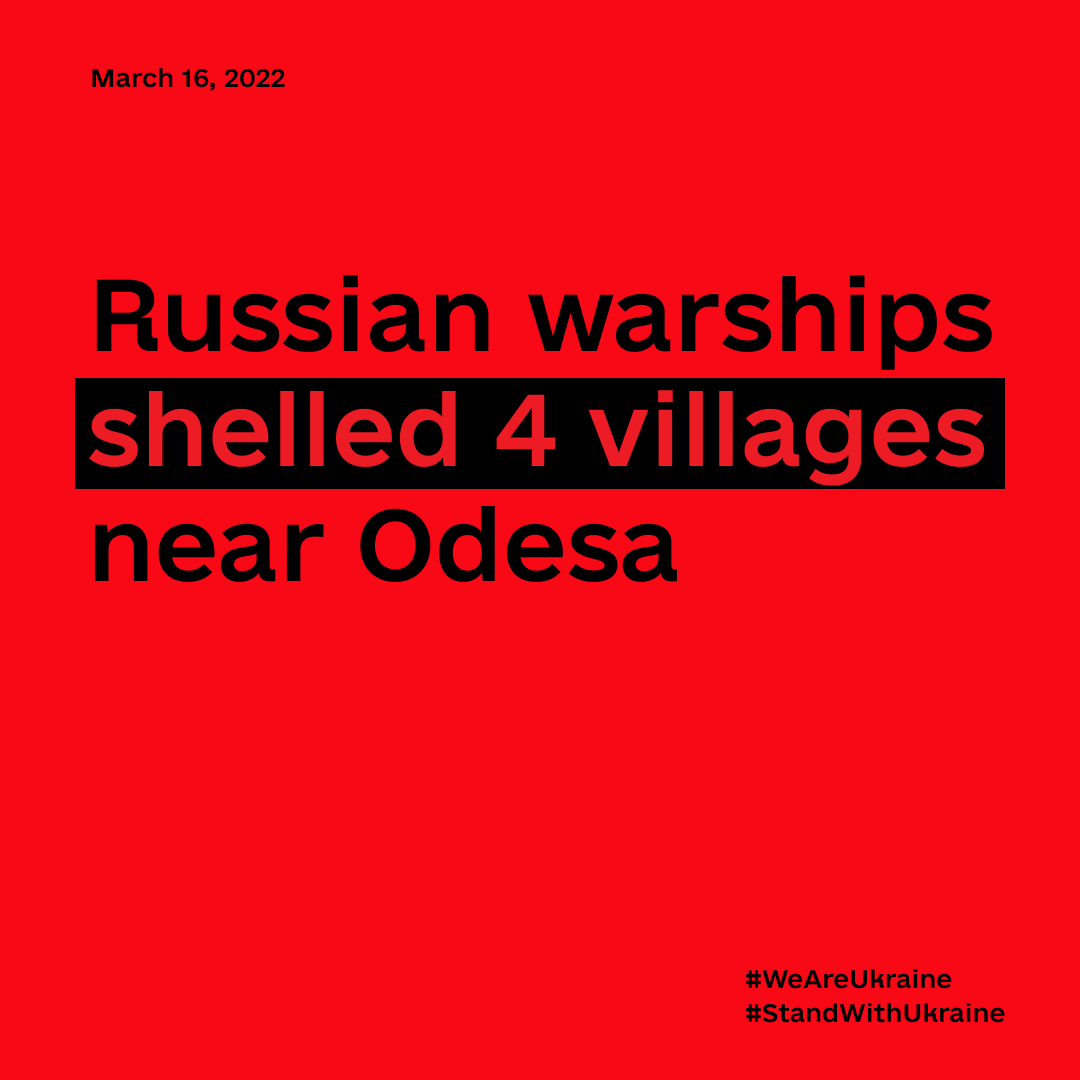 Russian warships in the Black Sea have shelled the Ukrainian coast in areas close to the key southern city of Odesa, according to Ukraine’s armed forces. According to a statement posted on the Armed Forces’ Facebook page, the villages of Lebedivka, Sanzhijka, Zatoka, and Bilenke, which all lie about 30 kilometers (about 18 miles) south of the port city, have been shelled in the last 24 hours. Odesa is Ukraine’s third-largest city and is regarded as a key target of Russia’s campaign.