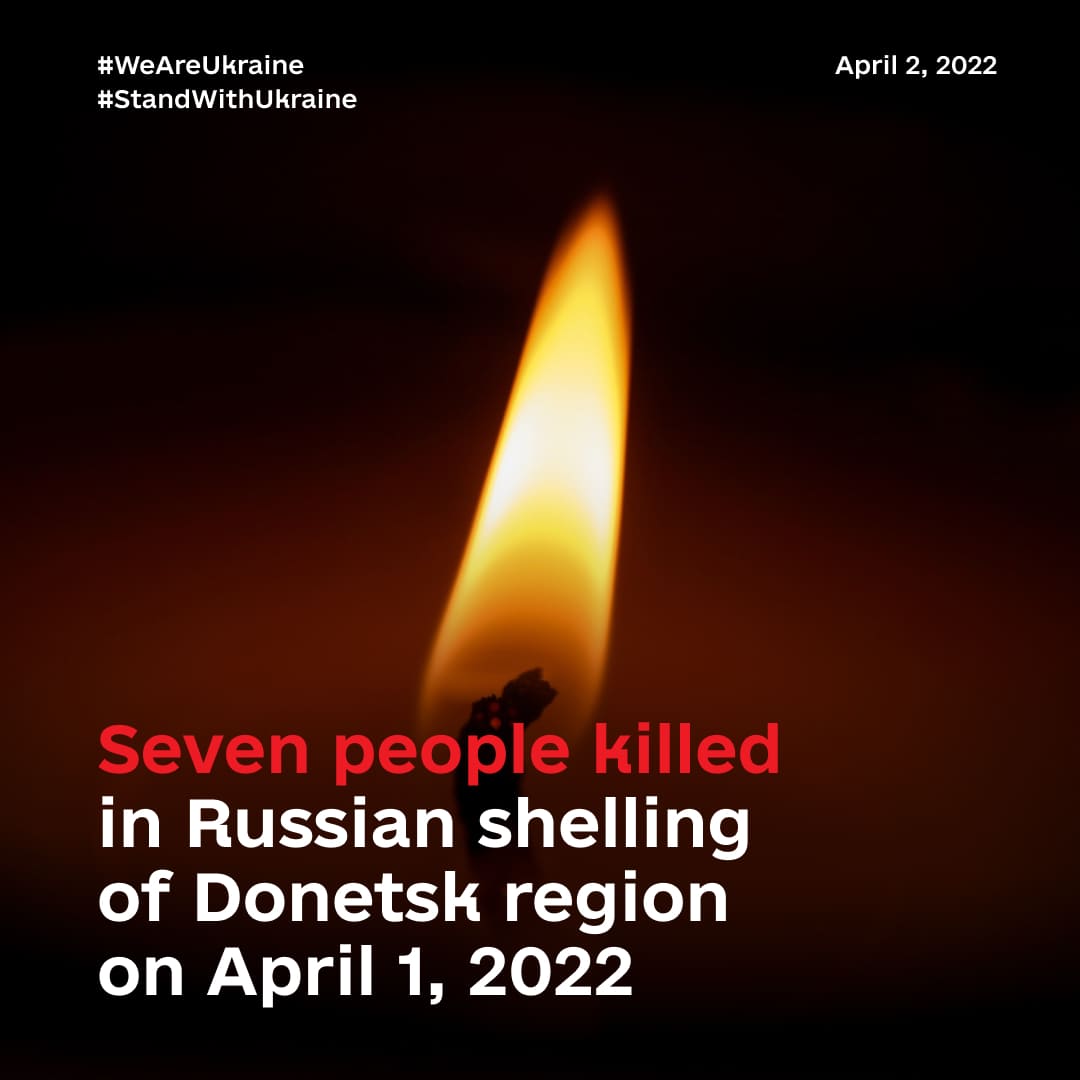 Seven civilians were killed and six more, including three children, were injured in the Russian shelling of Donetsk region on Friday, April 1, 2022.

“Russia kills civilians. On April 1, 2022, seven people were killed in the Russian shelling of Donetsk region: four — in Marinka, two — in Vuhledar, one — in Novoselivka. Six people, including three children, were injured,” the Head of the Donetsk Regional Military Administration Pavlo Kyrylenko posted on Telegram.

The exact number of victims in Mariupol and Volnovakha cannot be determined still, he noted.