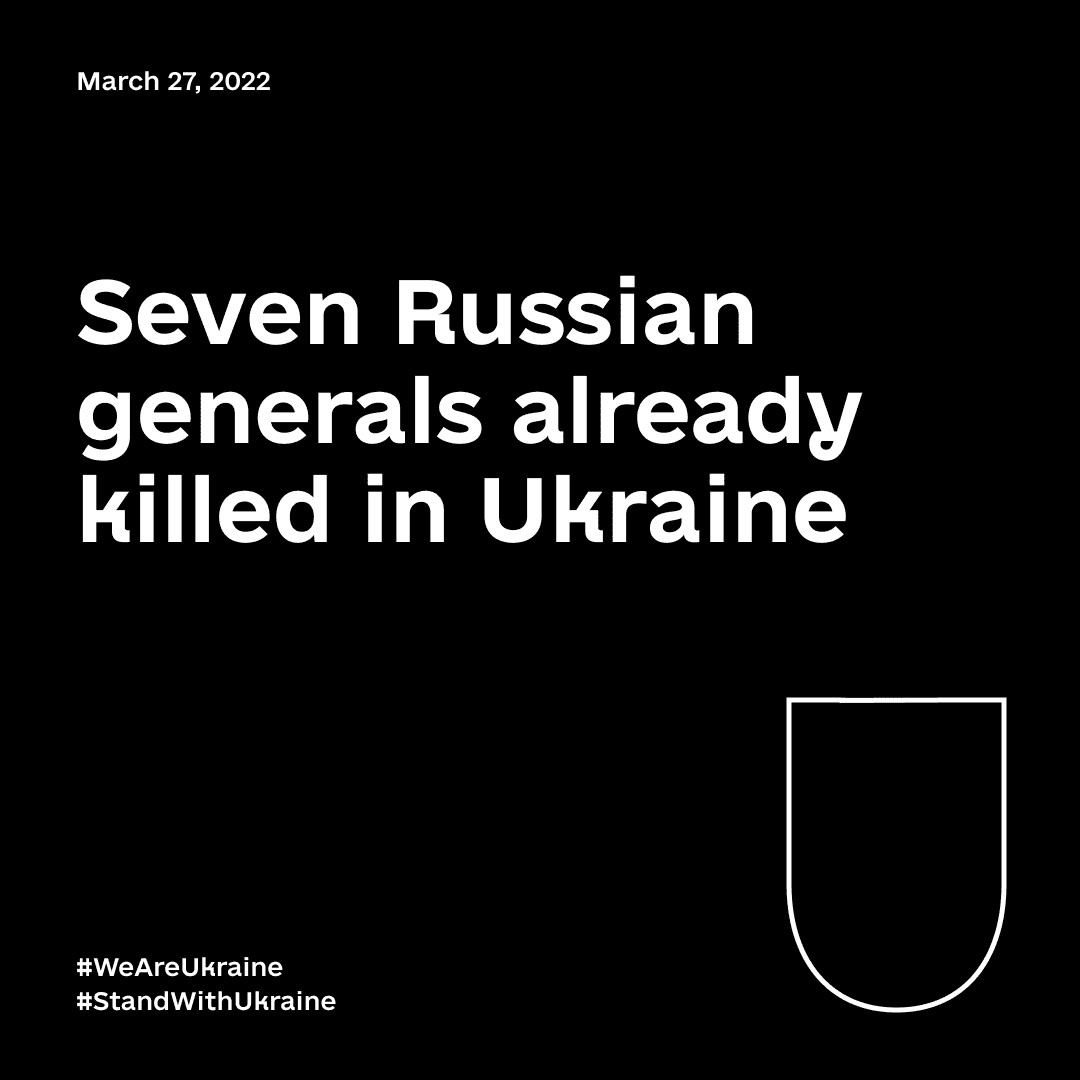 Seven Russian generals have been eliminated in Ukraine since the beginning of the war. The last of them, according to the Ministry of Defence of Ukraine, Lieutenant General Yakov Rezantsev, who reportedly died on March 26, 2022, was the highest ranked officer killed. Experts say low morale among Russian troops has forced senior officers to move closer to the front line.

Russian military doctrine allows for almost no initiative among corporals and sergeants, with junior ranks always waiting for orders from above.