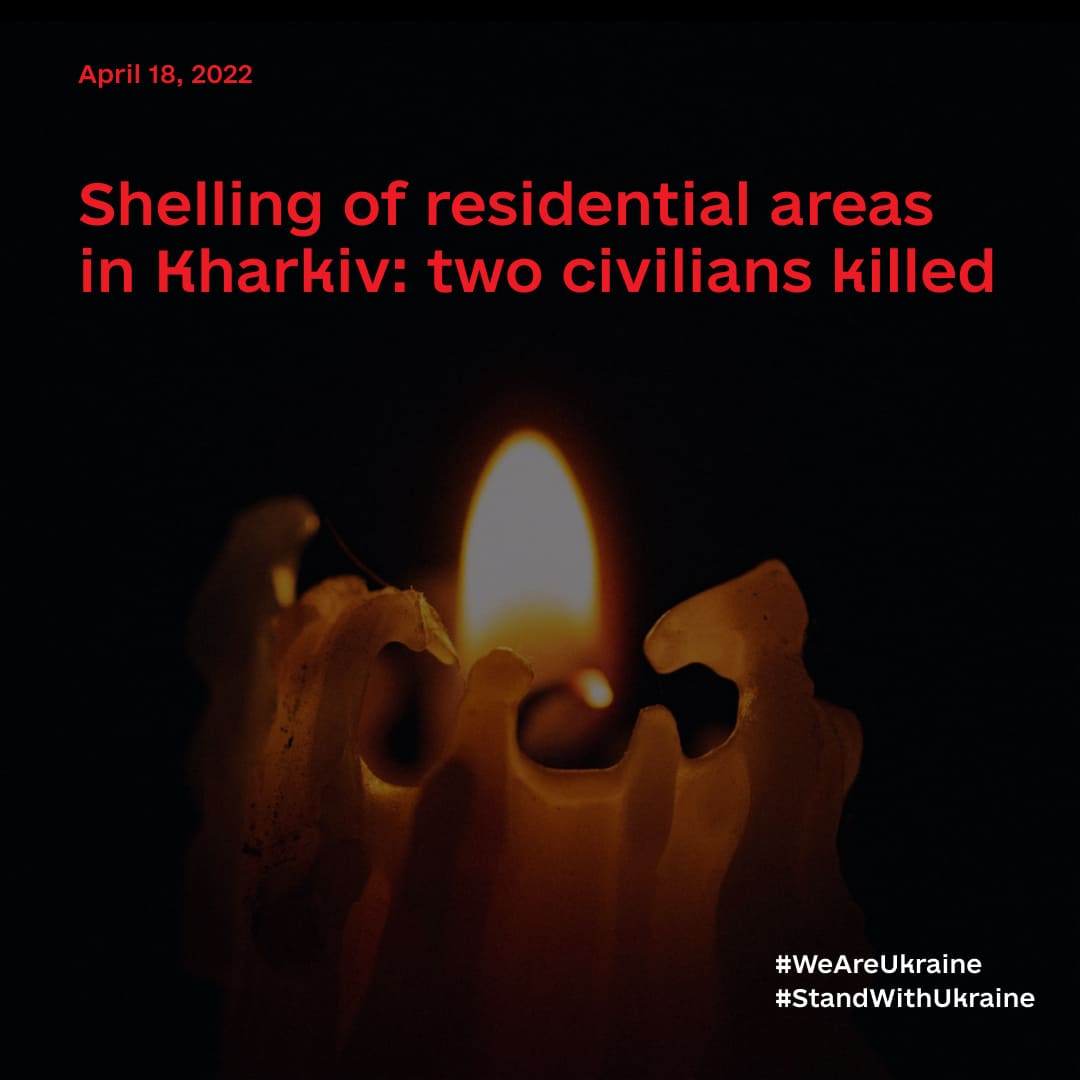 “On April 18, 2022, at about 11:50, Russian invaders fired at Osnovyansky district of Kharkiv. Shells fell on the territory of children’s playgrounds near residential buildings. As a result of the shelling, a man and a woman were killed. A number of residential buildings were also damaged,” the press service of Kharkiv Regional Prosecutor’s Office has said.