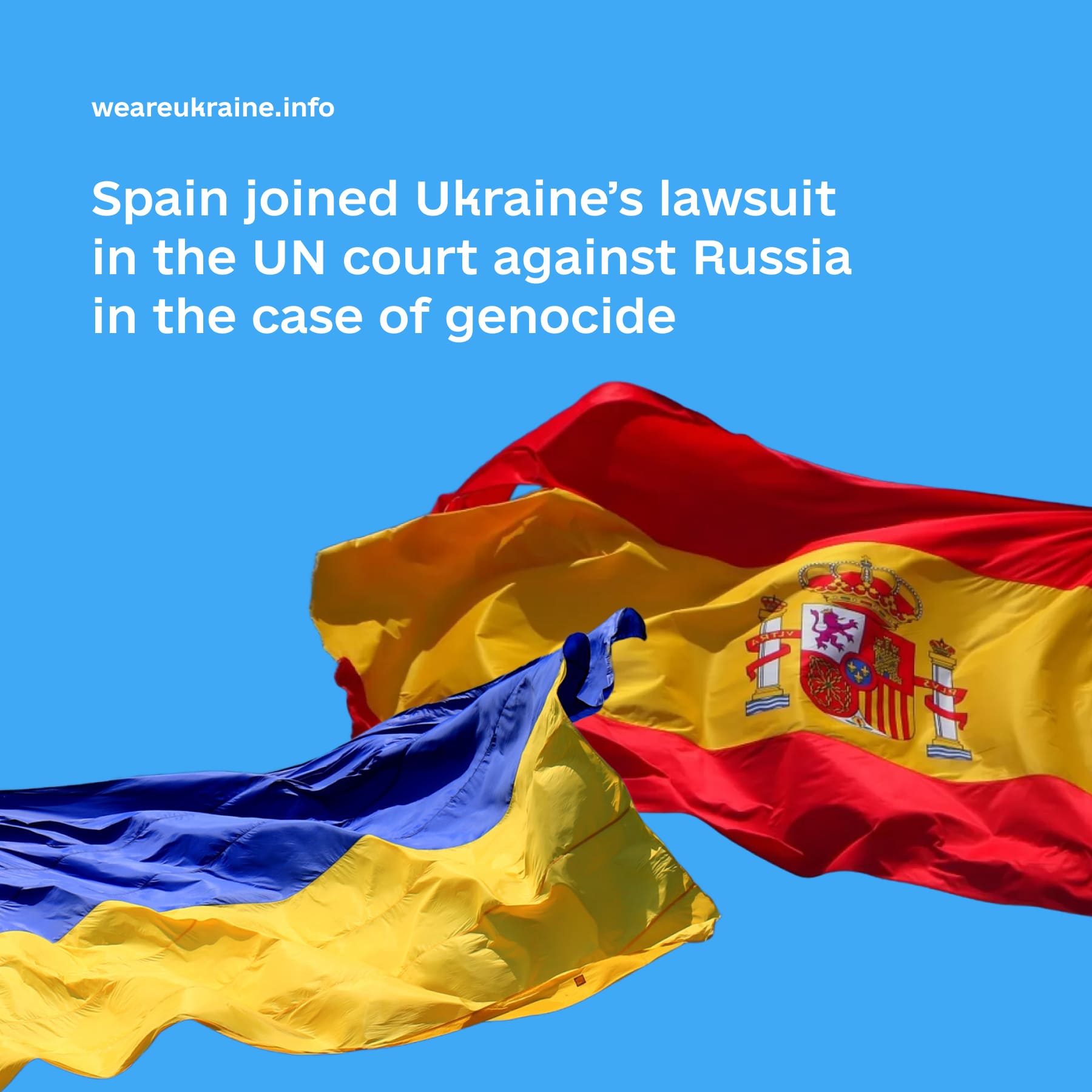 Spain has decided to join Ukraineʼs lawsuit against Russia at the UN International Court of Justice, the press service of the court reports. Ukraine accuses the Russian Federation of violating the Convention on the Prevention and Punishment of the Crime of Genocide.

Spainʼs statement emphasizes that “the Convention is extremely important for the prevention of genocide,” and the rights and obligations set forth in it” are the responsibility of the international community as a whole.”