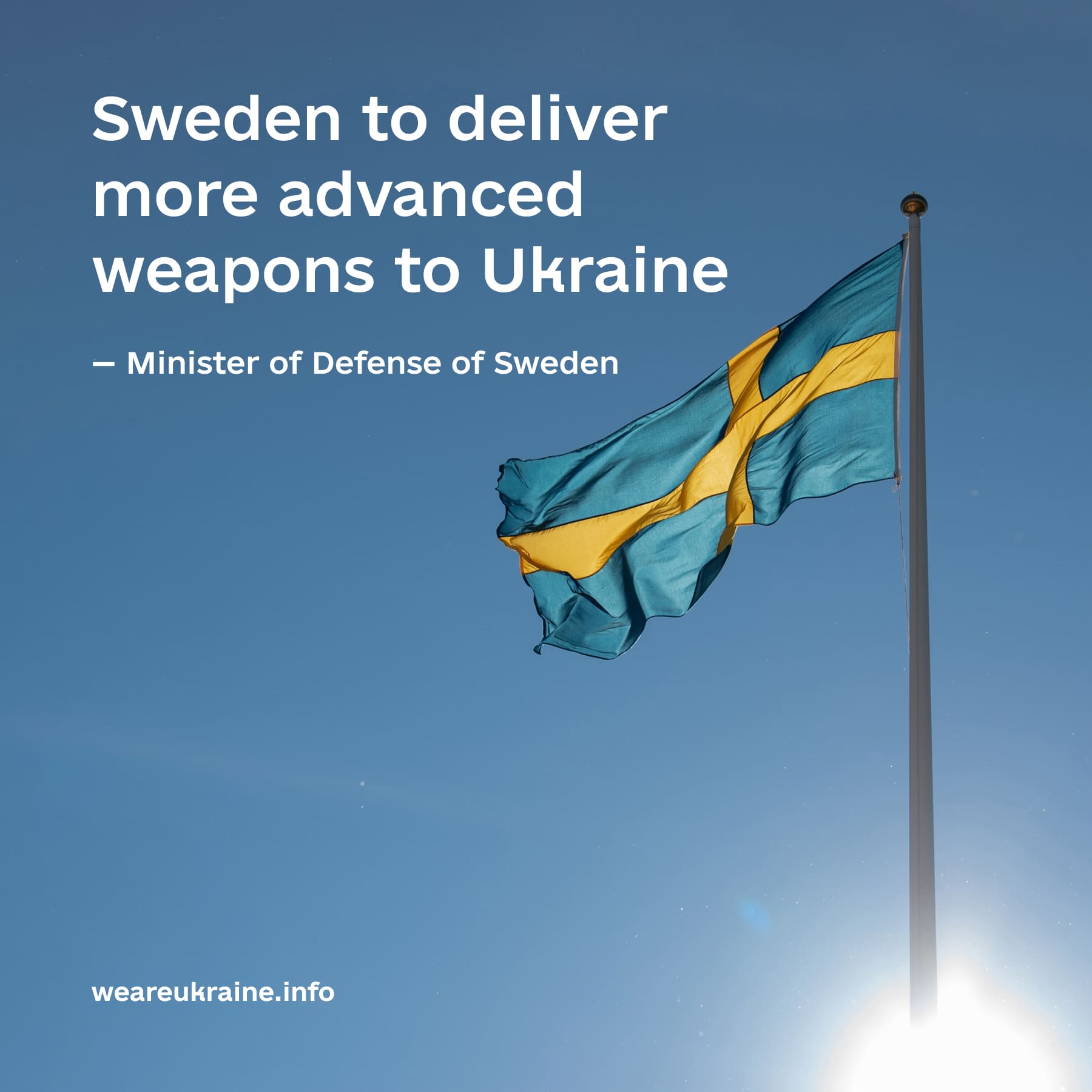 The Swedish government has not yet officially specified which advanced weapons to be sent, but according to preliminary data Sweden will send the Air defense missile 70 and the Archer system.

The Air defense missile 70 is a lightweight missile system that is “small and easy to move around,” according to the Swedish Armed Forces, and the Archer system is a Swedish self-propelled gun on wheels.