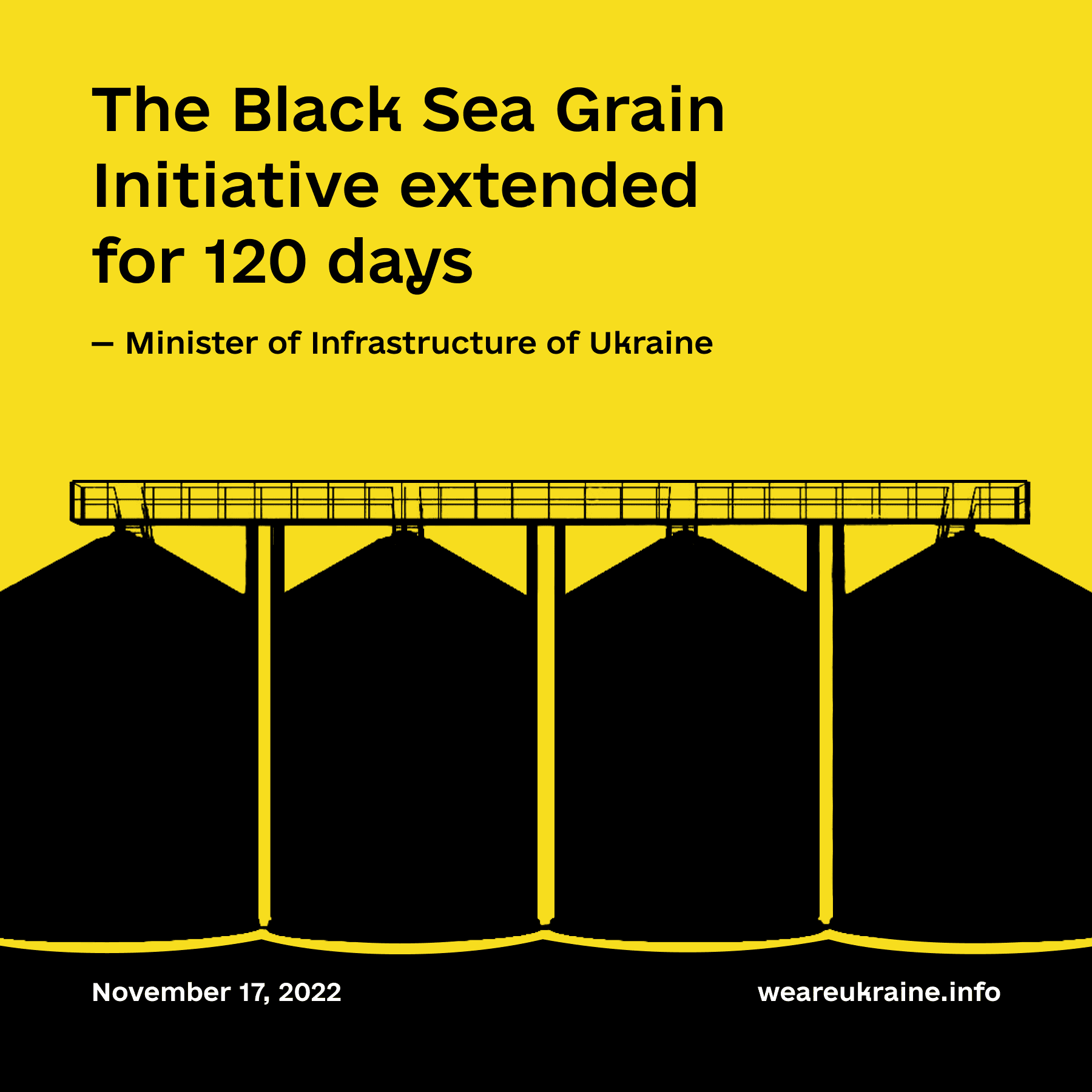 The Black Sea Grain Initiative, which allows exporting of Ukrainian grain and other agricultural products from Black Sea ports, will be prolonged for 120 days, stated Minister of Infrastructure of Ukraine Oleksandr Kubrakov.

“We officially appealed to the partners with a proposal to extend the Initiative for one year and include the Mykolaiv port in it,” the Ukrainian Minister of Infrastructure added.

As of November 3, 2022, The Black Sea Grain Initiative enabled the export of 10 million tonnes of Ukrainian agricultural products to 43 countries worldwide.