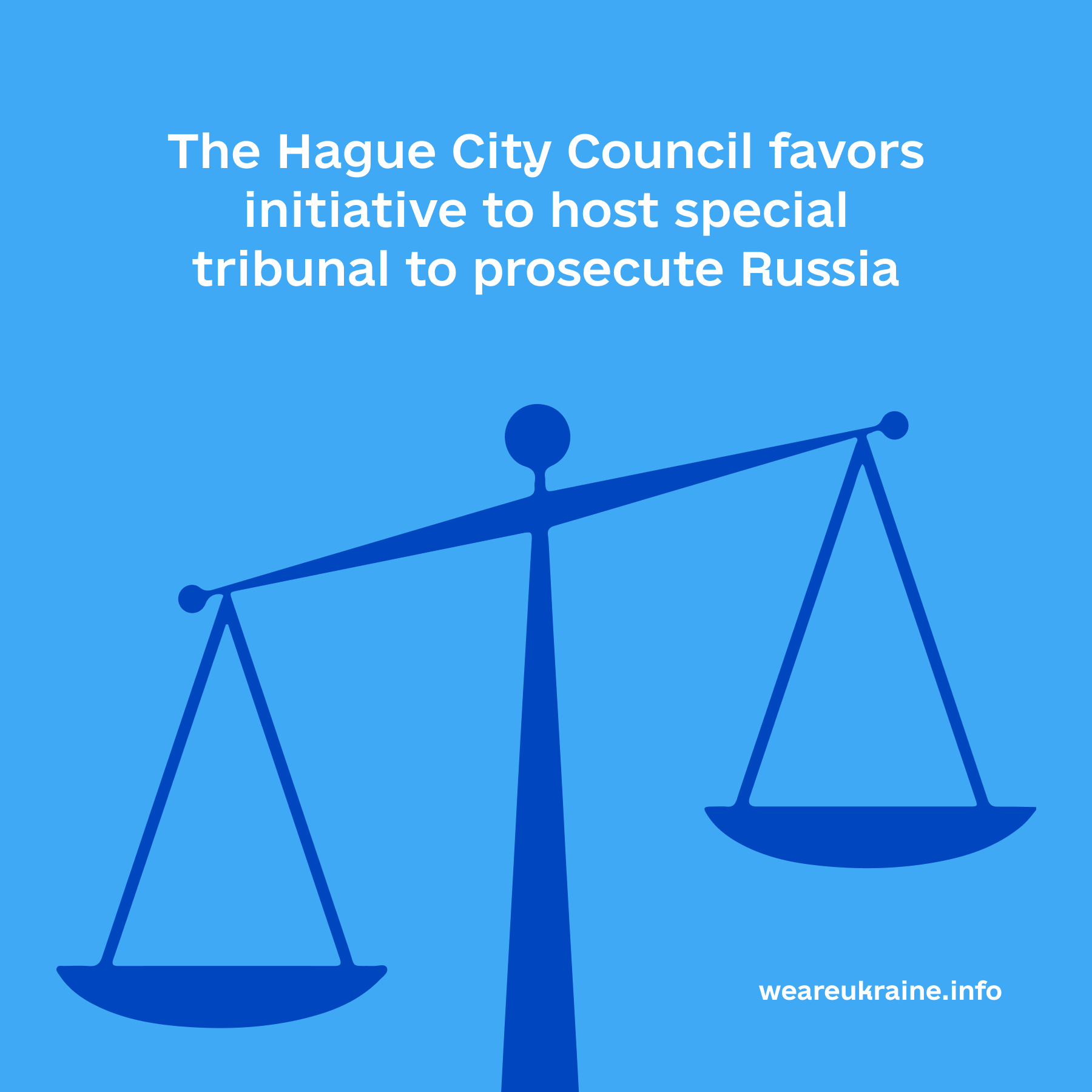 The Hague City Council is supportive of the initiative on the creation of a special tribunal to prosecute Russia in The Hague, Lotte van Basten Batenburg, People’s Party for Freedom and Democracy leader, has told Ukrinform correspondent.

“We have the experience and international legal infrastructure to host the future special tribunal which will investigate and prosecute the crimes and atrocities committed during Russia’s war of aggression against Ukraine,” van Basten Batenburg said.

According to her, almost the entire city council membership voted in favor of her proposal to make an effort to host this special tribunal in The Hague.

“The Hague should propose and initiate preparations to host the tribunal. We must make sure that once the special tribunal is officially established, the courtrooms, offices, and so on will be ready for use so that justice can be administered,” the VVD party leader told Ukrinform.