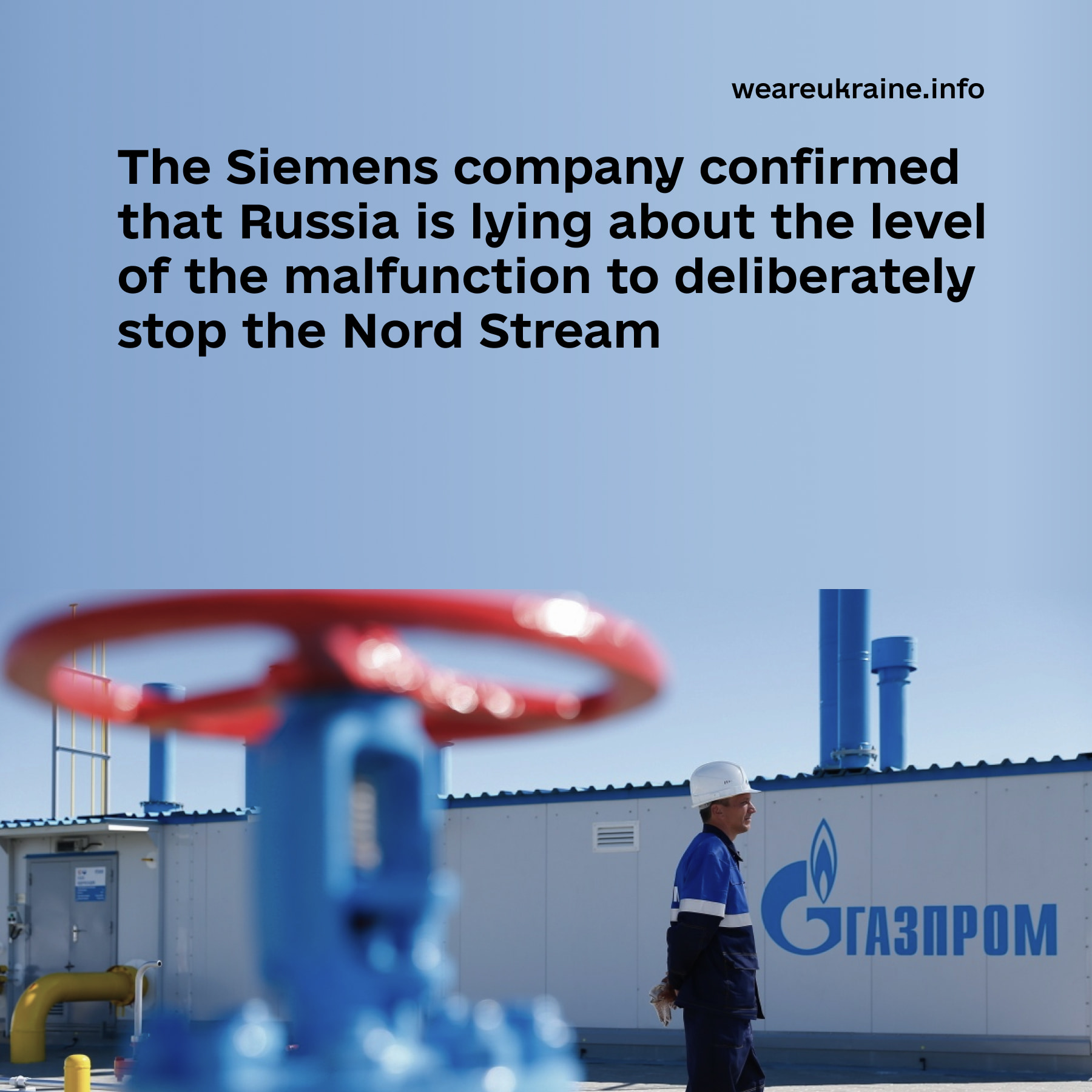 After a three-day maintenance break, Nord Stream gas pumping did not resume on September 3, 2022, as was originally planned. “Gazprom” called the oil leak at the “Portova” compressor station the reason for this.

According to the German company Siemens Energy, the oil leak referred to by the Russian concern “Gazprom” cannot be a technical reason for the termination of the operation of the Nord Stream gas pipeline.

“As a manufacturer of turbines, we can only state that such a conclusion is not a technical reason for stopping work. Such leaks usually do not affect the operation of turbines and can be eliminated on the spot,” Siemens Energy said on Friday, September 2, 2022.