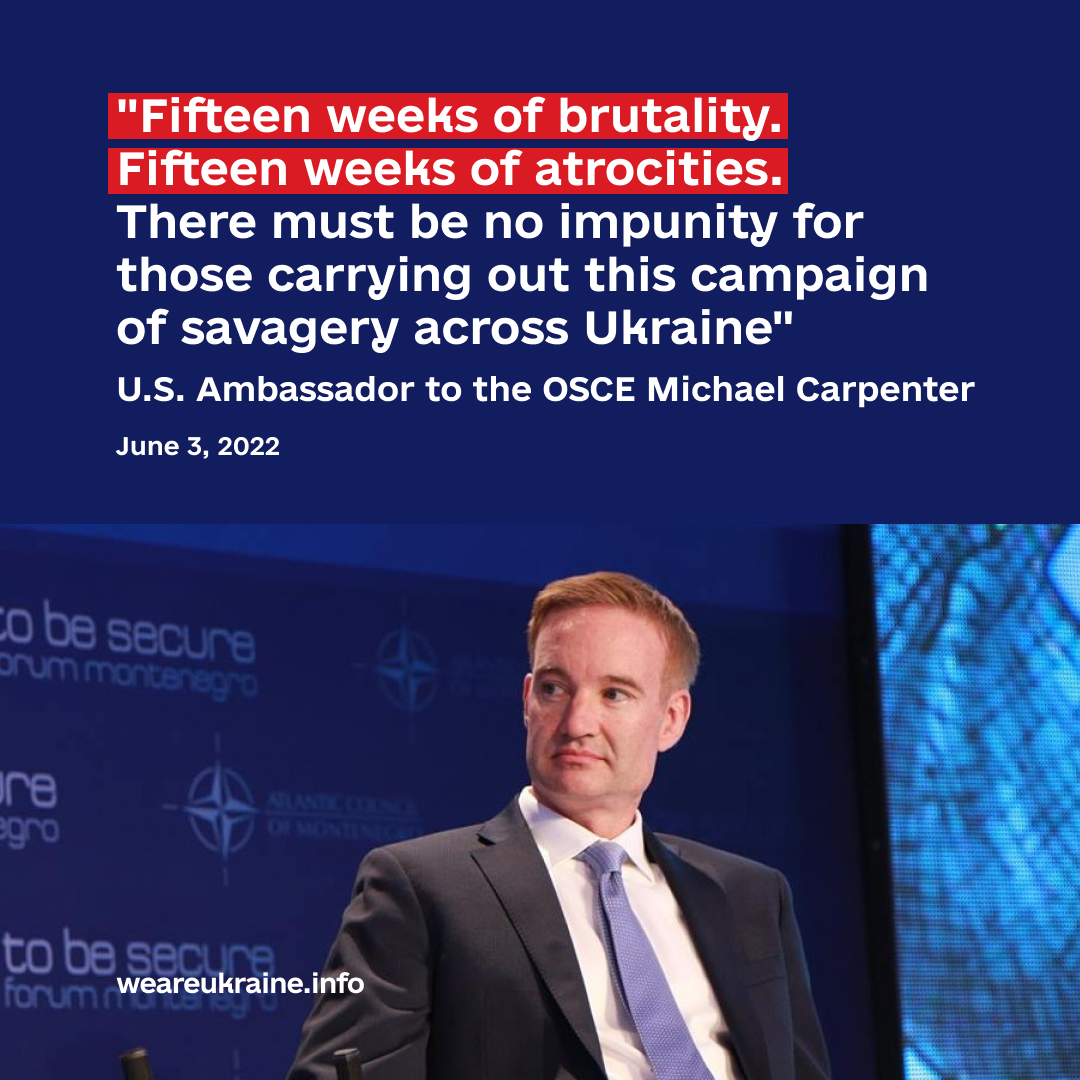 The U.S. Ambassador to the Organization for Security and Cooperation in Europe (OSCE) Michael Carpenter has condemned the brutal war Russia unleashed in Ukraine.

“Russia has many modern and sophisticated weapons of war: cruise missiles that hug the terrain for hundreds of miles until they strike their target with astonishing accuracy. It has precision-guided munitions that can be fired from the air, from sea, and from land. So, why has this war been waged as if we were living in the Dark Ages?” said Michael Carpenter. “Why have so many civilians been subjected to the horrors of war? These are questions worth asking. Widespread reports of sexually-based violence, threats to cut off genitalia, and strikes on maternity hospitals — these are not the elements of a modern military campaign designed to win “hearts and minds.”