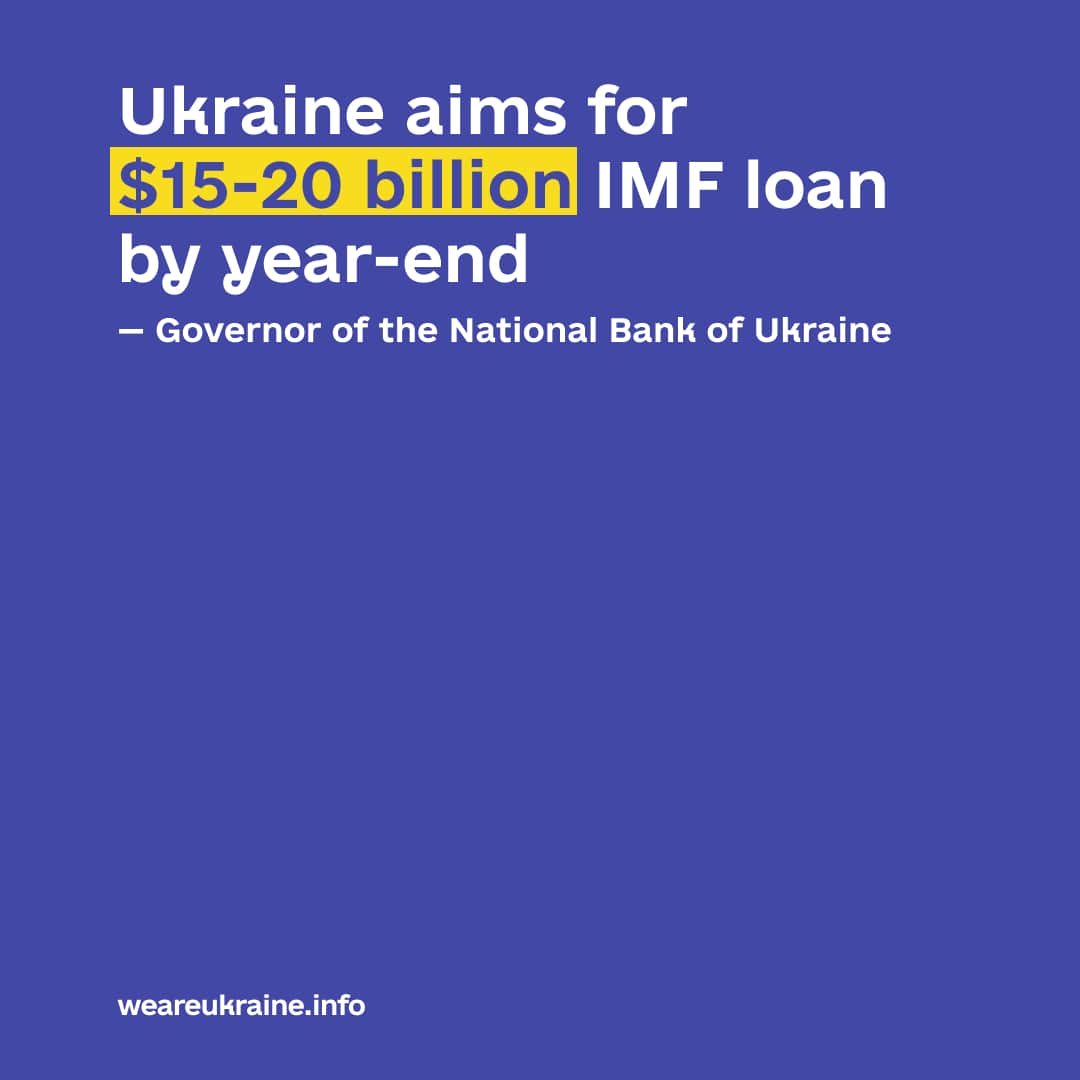 Ukraine aims to strike a deal for a $15-$20 billion program with the International Monetary Fund before year-end to help shore up its war-torn economy, Governor of the National Bank of Ukraine Kyrylo Shevchenko told Reuters.

Shevchenko also said he hoped to agree on a swap line with the Bank of England “within weeks,” though he did not specify the amount.

Kyiv had already submitted its request to the IMF, the governor said, and was now in consultation with the fund over the new financing that he hoped would provide as much as $20 billion over two or three years in form of a Stand-By Arrangement (SBA) or an Extended Fund Facility (EFF).