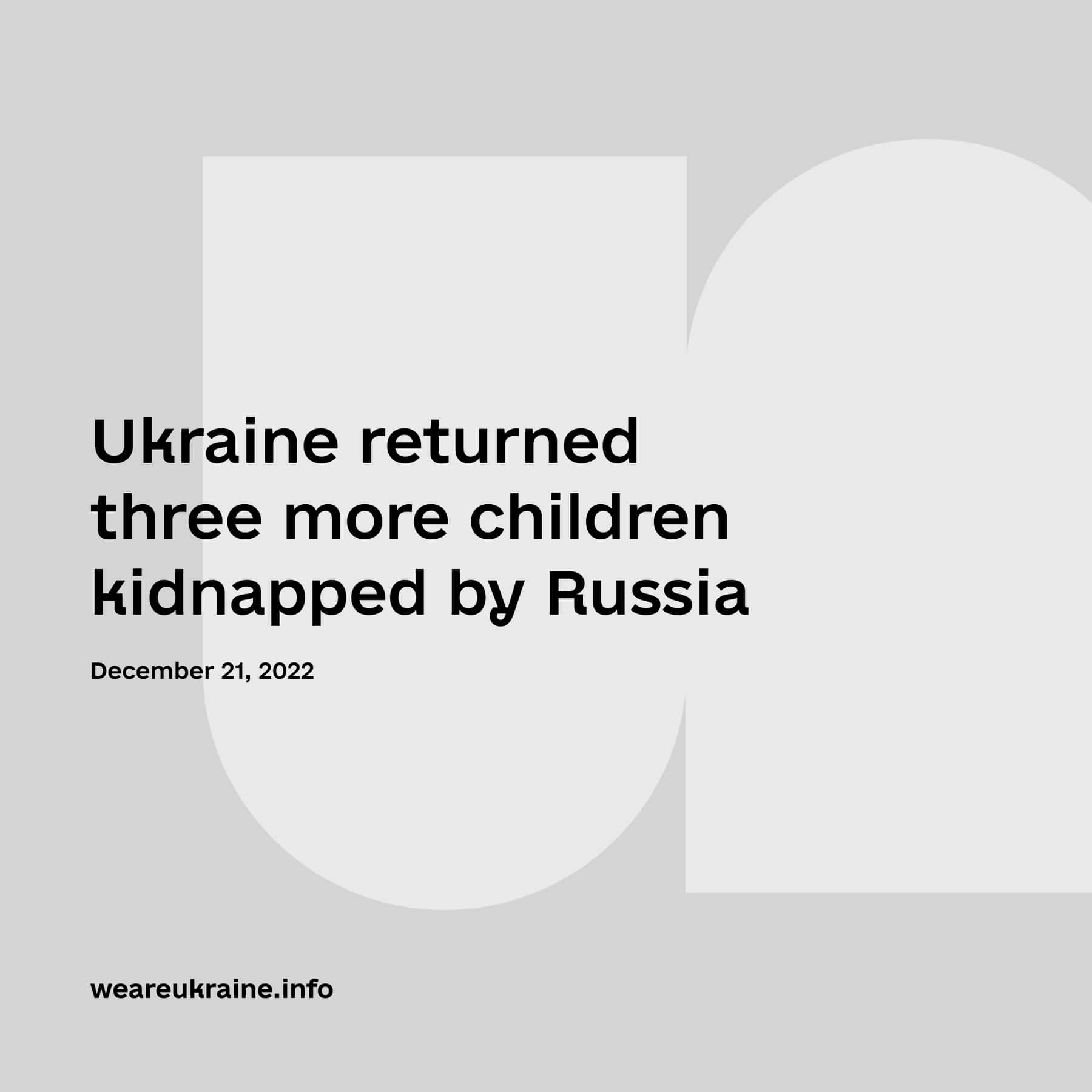 “Three more children, who were separated from parents and, under the pretext of ‘rehabilitation,’ were taken to Medvezhonok children’s camp in Russia’s Gelendzhik in August 2022, have returned home,” Ukrainian Ombudsmen reported.

According to him, the incident took place during Russia’s occupation of the Kharkiv region.