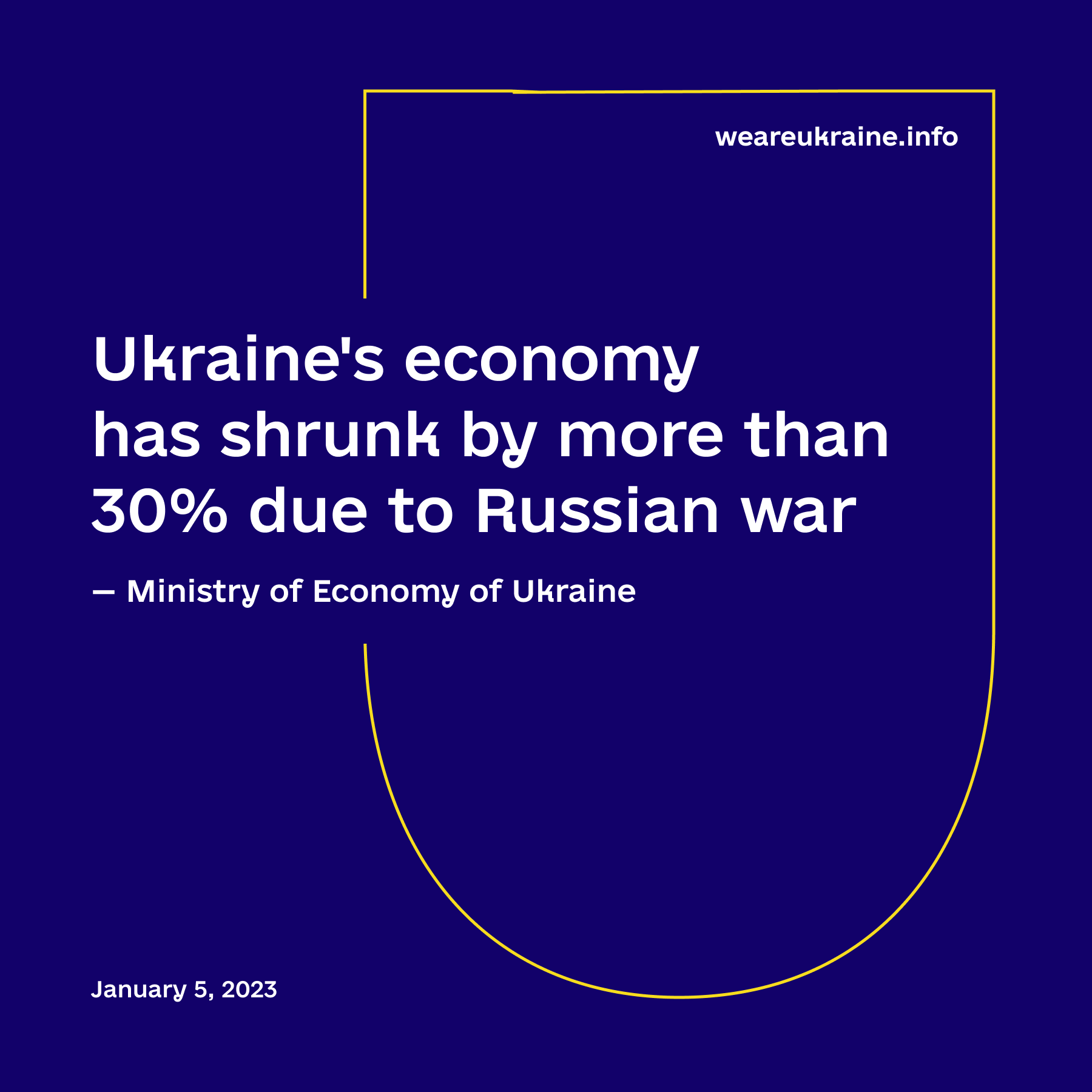 Ukraine’s gross domestic product fell by 30.4% in 2022 — the largest annual fall in over 30 years — because of the war with Russia, Ministry of Economy of Ukraine Yulia Svyrydenko has said.

According to Svyrydenko, Ukraine’s economy had suffered its largest losses since it gained its independence in 1991 although the fall was less than initially expected.

“The successes of Ukraine’s defense forces on the front lines, the coordinated work of the government and businesses, the unbreakable spirit of the population and the speed of rebuilding damaged critical infrastructure units and also systemic financial support from international donors have allowed us to keep up the economic front and continue our movement towards victory,” Svyrydenko said.