Ukrainian Army liberated the village of Yatskivka in Donetsk region 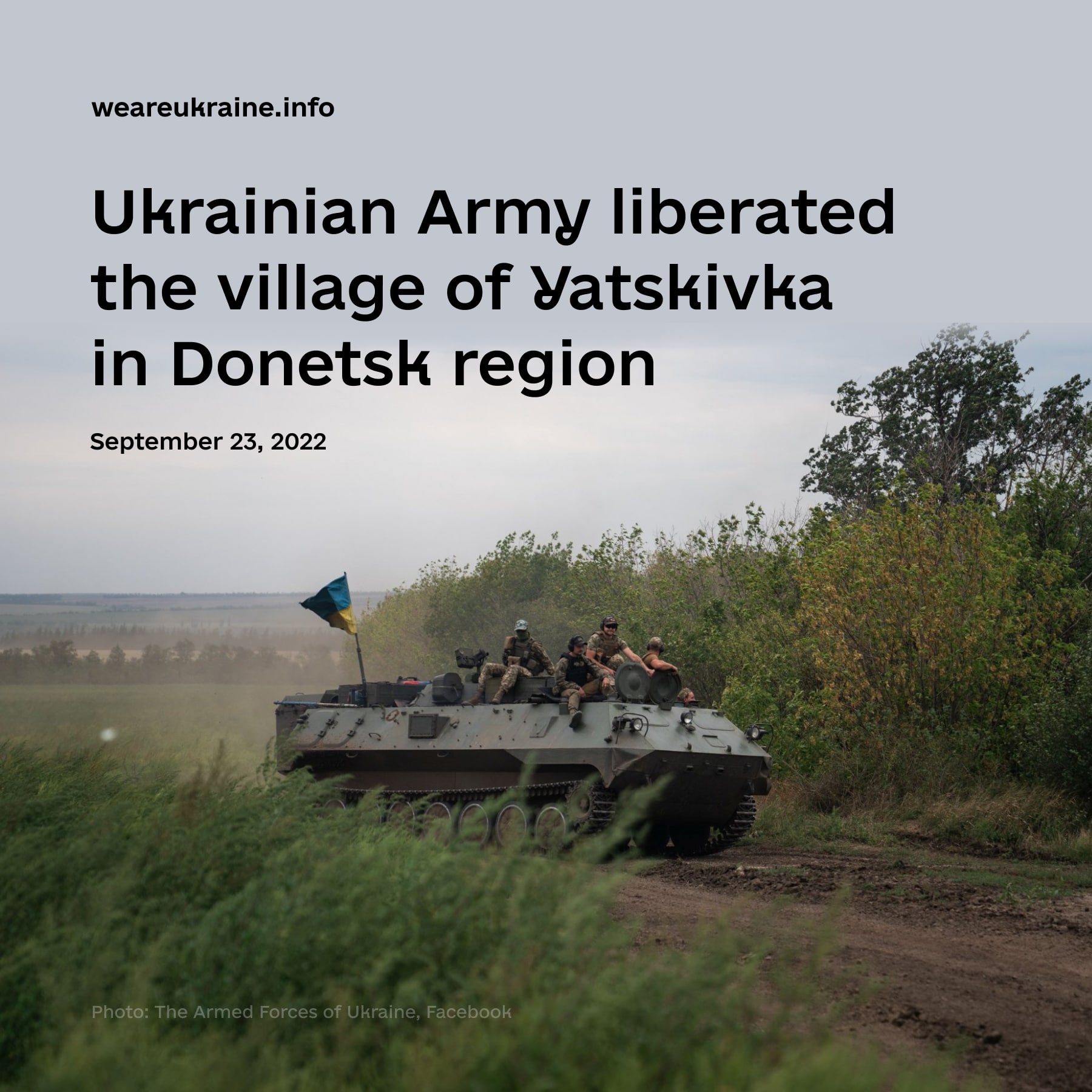 Another village in Donetsk region was liberated by Ukraine’s Armed Forces, informed the Deputy Chief of the Main Operational Department of the General Staff of the Armed Forces of Ukraine, Oleksii Hromov.

According to Hromov, the situation in this direction is difficult but remains under control.