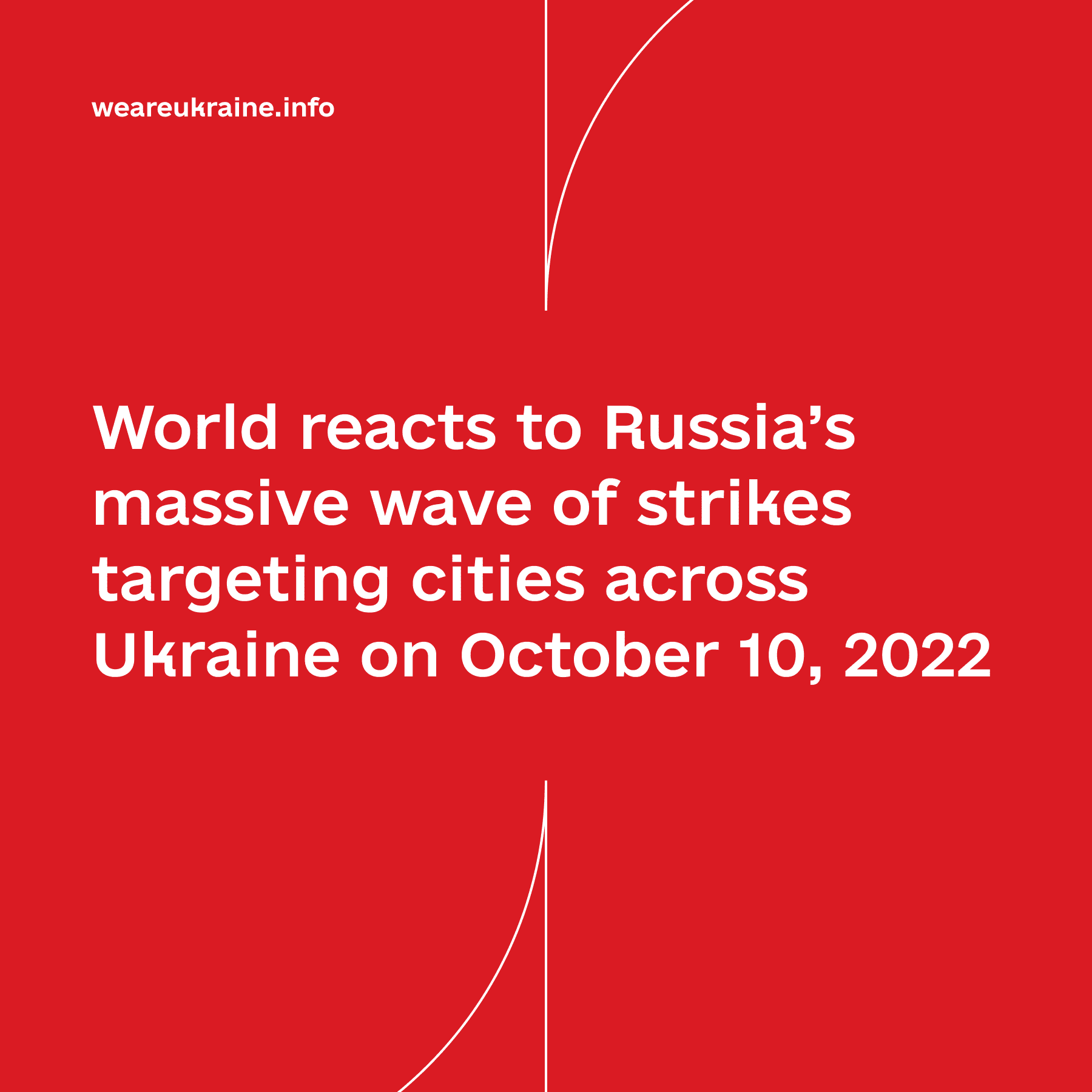 The world community reacts to Russia’s massive wave of strikes across Ukraine on October 10, 2022. International leaders and officials have condemned Russia’s attack on Ukrainian cities.

Prime Minister of the Netherlands Mark Rutte stressed that the Netherlands will continue to support Ukraine. “Putin is again terrorizing innocent civilians on a mass scale in Kyiv and other cities in Ukraine. Putin doesn’t seem to realize the will of the Ukrainian people can’t be broken. Ukraine remains resolute,” he stated. Prime Minister of Estonia Kaja Kallas said that the shelling across Ukraine shows Russia’s terrorist tactics. “This makes it even more acute to establish a tribunal for the crime of aggression. Ukraine needs modern anti-missile systems and air defense fast,” Kallas added. Minister of Foreign Affairs of Lithuania, Gabrielius Landsbergis has called for the provision of more weapons to Ukraine: “The only way to stop Putin’s genocide is to keep stopping him until he stops. With more weapons, not just more words.” Austrian Foreign Minister Alexander Schallenberg called the Russian shelling heinous and cowardly. “These attacks must stop immediately. We will continue to stand with Ukraine,” he said.